The Left Party wants to see a fair and equal world where all people have the same opportunities and freedom to live the lives they want. We want to see a world where people can live in freedom from poverty, freedom from injustice, freedom from violence, freedom from racism, freedom to our bodies and to our love, freedom to see our children grow up in security and get that knowledge and that the support they need to become the best they can be. We want people to be able to feel free to a working life where we realize ourselves, not wear out and where we get a good salary and pension. Every human being's freedom is linked to the freedom of all human beings, with a society that allows and makes it possible. It is in justice and equal societies that people's freedom grows the strongest.

Our world is marked by deep injustices. The gaps are large between poor and rich countries, between poor and rich people, between women and men. The world's eight richest people own as much as the poorest half of the world's population. Today, more than 650 million people do not have access to clean water. Every 90 seconds, a woman dies from complications during a pregnancy. Of these deaths, 99 percent occur in poor countries.

A redistribution of power and resources is required

The world could look different. There are enough resources to eradicate poverty and give all people a dignified life. But instead of a fair distribution, most of the world's resources still end up in the rich part of the world. Our world is unfair because there are those who profit from injustice. The Left Party believes that development and poverty reduction require measures in a number of areas: debt relief, a climate policy in which rich countries and multinational corporations take responsibility, a stronger regulatory framework for arms trade, clearer global rules for foreign investment and fair trade rules and an effective aid policy that follows principles of assistance. Basically, we believe that a new world economic order is needed with a clear redistribution of power and resources from rich countries and rich people to poor countries and poor people.

For the Left Party, democracy and human rights are not negotiable. We defend the UN Declaration of Human Rights, where freedom of assembly, freedom of association, the right to strike, freedom of expression and general, free and secret elections are emphasized as essential elements of a democratic society. Equal emphasis is placed on social progress and improved living conditions. This means that the right to work, education, housing, care, care and culture is necessary for a humane life and a democratic society. Only when all people seriously have the opportunity to decide over their own lives can real democracy be achieved.

Women's rights are a key to development

Violations of women's rights are the most common and widespread violation of human rights. Around the world, women's lives are limited by discriminatory legislation and societal norms. Gender discrimination is an important cause of poverty and women who usually have the real responsibility for providing for the family often lack the most basic rights. Women's rights are a key to development. It is crucial that women in poor countries are allowed to set the agenda for work on gender equality in development policy and that Sweden works to ensure that women are represented and included in all forms of decision-making processes.

For a long time, the Left Party has been a driving force for Sweden to achieve the goal that 1 percent of GNI should be set aside for international development cooperation. We believe that it is time to move on, the need for functioning and effective assistance is great. Therefore, the XNUMX% target should be set for a XNUMX% floor that development cooperation must not be less than.

But even if development aid policy is an important part of development policy, it is far from the only way to achieve development goals. The total global aid amounts to about $ 125 billion per year. But a report from Global Financial Integrity and the Stiftelsen Samfunns- og Næringslivsforskning shows that the amounts that leave the poor countries and go to the rich are almost three times greater. Since 1980, the total net flow has amounted to more than 16 trillion dollars. Most are performed by capital and tax evasion as well as debt payments. Therefore, it is important that an active development assistance policy is combined with, for example, debt write-offs and measures against tax evasion. Sweden's policy for global development (PGU) and Agenda 2030 will form the basis for work in all policy areas. It is central that the cohesion policy that has been established both within Swedish development policy and within the EU and the UN has a more powerful impact. That is the only way we can reach a more just world.

The government has not lived up to the requirements

Swedish development policy has improved with the change of government in 2014, not least thanks to the feminist foreign policy which contains many proposals that the Left Party has previously exercised in the Riksdag. At the same time, there are several areas where the government has neither lived up to the demands that must be placed on a feminist government nor kept its own promises. These include the unwillingness to stop arms exports to dictatorships, the inability to recognize Western Sahara, the unwillingness to stop the settlements from the aid budget for the reception of refugees and the whining about the ban on nuclear weapons. But also that we contribute to the EU's unfair trade policy with poor countries and a policy that stops people from fleeing Europe's borders. Much of this has also led to harsh criticism of the government from civil society in the latest edition of Concords Aid Barometer.

Unfortunately, both the current and the previous government have failed to make the important decisions needed to create a more just and equal world. The goal must be a fair world order where common resources exist for all of us, not just a few.

Yasmine Posio Nilsson is a Member of Parliament and foreign policy spokesperson for the Left Party. 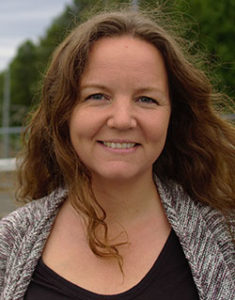