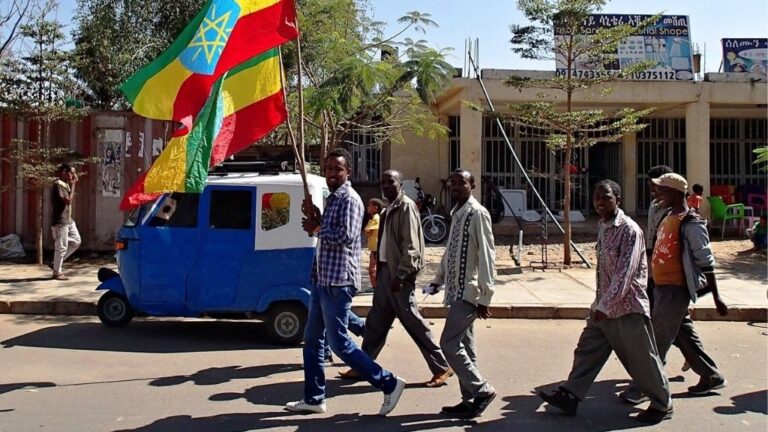 Ethiopian democracy is being challenged by pandemics and ethnic conflicts. The national election has been moved forward, at the same time as unrest has escalated into civil war. Lawyer Yibe Assefa calls for a discussion on how the ethnic federal state can be reformed.

Abiy Ahmed, Prime Minister of Ethiopia, has previously been praised for his democratic reforms. What is really happening in the country right now, in the wake of the corona pandemic and conflicts? The development magazine has interviewed the lawyer Yibe Assefa, who works at the NGO Peace and Development Center in Addis Ababa, Ethiopia.

The Ethiopian government announced in the spring that parliamentary elections would be moved from May to August 2020, due to the risk of spreading the coronavirus. The election was then moved further to May 2021. Yibe Assefa believes that this was initially received relatively positively. The uncertainty and fear of the virus was great and many considered it legitimate to postpone the election.

Assefa says that over time, voices have been raised from the opposition that the postponed election is a way for Abiy Ahmed's government to gain time and strengthen its positions ahead of the election. At the same time, he believes the government is rather losing out on moving the election.

- By moving the election again, Abiy Ahmed has lost support from former allied groups and parties, including his own ethnic group Oromo. When his term ends without the election being held, they no longer want to recognize him as a legitimate leader, and Abiy needs the support of these groups, says Yibe Assefa.

When the parliamentary elections were moved for the second time, the Tigray region responded by holding its regional elections anyway, in protest against the government. Tensions escalated between Tigray's ruling TPLF party and the national government. This has since escalated further, and a civil war has flared up with severe consequences for thousands of people.

Yibe Assefa believes that there are so many sources of conflict between the TPLF and the government, that the civil war would probably have started regardless of whether the election took place or not. TPLF previously sat in government, and Assefa believes that the provocation, to hold its own election, is an attempt to regain lost power. Ethiopia is an ethnic federal state, a system introduced by the TPLF. According to Assefa, it has intensified conflicts between groups in the country, which entails great risks for the population.

- The ethnic division was the TPLF's source of power when they were in government. They benefited from the fact that different groups were kept separate. By holding the election, TPLF strengthens the ethnic divisions, and then also its own positions, says Assefa.

Holding its own regional elections, while the government chooses to postpone the national elections, can also make the TPLF appear as the main representatives of democracy, according to Yibe Assefa. In this way, support for them can increase. However, he does not think they will win in the long run.

- The TPLF has few resources, so even if the national election were to be held, they would probably not have a chance at government. They would continue to rule in Tigray, but it is still at the national level that all major economic and political decisions are made, says Assefa.

Yibe Assefa returns several times to how the division into regions based on ethnicity dominates society with different ethnic groups who also speak different languages. It creates violence and affects access to power and resources. The system is deeply rooted and difficult to abolish, Assefa believes.

Regarding the election, Assefa sees a risk that the election will continue to be postponed due to the civil war and the pandemic. Together with the ethnic conflicts, this shows a great need for discussion and reform of the state.

- Even if the election is held, the conflicts between different groups will continue. What we need is not really a choice, but that we continue to discuss how the board should be organized, says Yibe Assefa.

Ethiopia asks the outside world to stay out

Read more about the conflict in Ethiopia here:
https://www.ui.se/landguiden/lander-och-omraden/afrika/etiopien/

Ida Kronberg is a non-profit active at FUF as a writer.