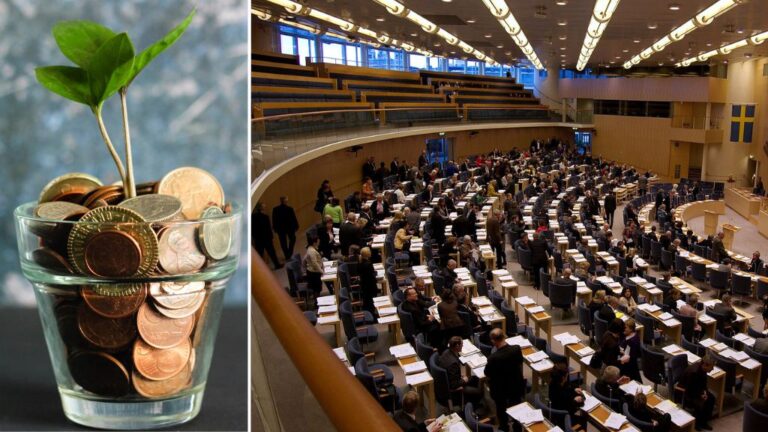 Before the election, two out of eight parties in the Riksdag were in favor of a reduction in aid. It was thus not an opinion that was shared by the majority in the Riksdag, but it has now become a reality with the formation of a government by the right-wing bloc. The Christian Democrats and the Liberals have previously stated that they stand for the one percent goal. In debate articles on Utvecklingsmagasinet wrote The Christian Democrats that they want to see generous and effective aid and The Liberals that development aid can mean the difference between life and death. These positions now seem to have been abandoned when the government, together with the Sweden Democrats, presented the Tidö agreement with big smiles - in which the one percent target is scrapped.

The moderates and the Sweden Democrats, on the other hand, have been in favor of a reduction in Swedish aid. Both parties believe that the focus should be on efficiency and quality, and Moderates therefore believes that the aid budget should be needs-tested on an ongoing basis by the Riksdag. Sweden's new minister for aid and foreign trade, Johan Forssell (M), describes for SVT News how the government, together with the Sweden Democrats, believes that a reprioritization of Swedish aid is needed.

The political argument about reductions in aid and constant reporting of Sweden's domestic political problems has shifted the focus of the political debate. The moderates' and Sweden Democrats' rhetoric that Sweden's aid must be cut and that resources must be redistributed takes up more space. This rhetoric has made me reflect - is the development in Sweden so worrying and so critical that we have to re-prioritize?

The debate about reduced aid lacks arguments linked to the reasons why Sweden devoted itself to the one percent target. The world's post-colonial history, which has been built on exploitation, has shaped the world order where the Global North today has an advantage over other countries both in terms of power and economic resources. An average Swede today has an ecological footprint that requires four globes, and this overuse of the earth's resources then has consequences that affect people in other parts of the world. Both before and after the election, we have seen how civil society organizations have reacted to the announcement of reduced aid. Organizations that Concord, Oxfam and The African groups went out with a petition in protest and organizations that Swedish Red Cross points out Sweden's special international responsibilities.

When we are most busy with our own problems, it is perhaps especially important to remind ourselves of Sweden's role in the world. Sweden, like other countries in the Global North, has an obligation to take responsibility. When the underfloor heating needs to be turned off and eyebrows are raised over food prices in the store, we still need the perspectives that take us beyond our country's borders. No one should see Sweden's aid work as saving the world, but we should not underestimate our own responsibility for the unequal power structures and the environmental destruction that affects us least. It feels like the new standard for working against injustice and climate disasters is if it is good enough. But being good enough may not be enough in these contexts.

Karin Sjöstrand is non-profit active in FUF's editorial board.