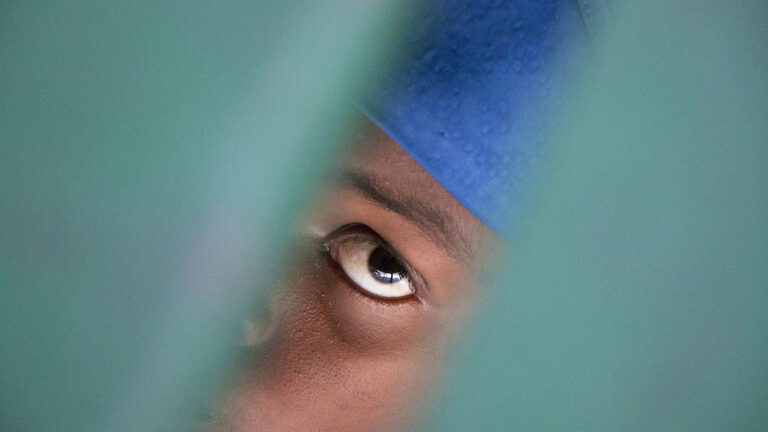 In parallel with humanitarian efforts to stop the spread of covid-19, the children's rights organization Plan International is currently working extra hard to protect girls from domestic violence and their immediate vicinity. The fact that many girls are now forced to stay home from school makes them more vulnerable - both to violence and to never coming back to school again.

During the Ebola outbreak in West Africa in 2014, it was found that five million children left school and did not return after the epidemic. At the same time, violence against girls and women also increased, as did the number of child marriages and teenage pregnancies.

"Studies from crises and conflicts show that girls 'lives are affected differently than boys'," writes Mariann Eriksson and her colleagues at Plan International in a debate article in Dagens ETC. Therefore, they urge the Swedish government to direct efforts to help the girls who risk being trapped in their homes when societies are shut down by quarantine rules.

The nature conservation association's Karin Lexén and Johanna Sandahl write in the magazine OmVärlden that development assistance is now needed more than ever. They point to the importance of standing up for both democracy and healthy ecosystems. The Swedish Society for Nature Conservation has many collaborations around the world and is now receiving disturbing testimonies that regimes are using the corona crisis to increase repression against their own population. The Swedish government must stand up for human rights, the debaters write.

They also believe that healthy ecosystems should be a priority in development aid - to prevent similar epidemics in the future. "Researchers and environmental organizations have long pointed out the connections that exist between the spread of diseases and degraded ecosystems," write Karin Lexén and Johanna Sandahl.

The Swedish government also seems to be aware that Sweden's global role is now extra important. In a debate article in Svenska Dagbladet, Foreign Minister Ann Linde, Foreign Trade Minister Anna Hallberg and the Minister for International Development Cooperation Peter Eriksson write that global cooperation needs to be strengthened in the times of crisis we are currently experiencing. In the article, they emphasize in particular that democracy and women's rights must be protected.

"Sweden will continue to push for security, democracy and human rights, we will continue to give 1 percent of our GNI to development aid and we will be at the forefront of free, fair and sustainable trade," the ministers wrote.

We must stand up for human rights and biodiversity
Karin Lexén and Johanna Sandahl, Swedish Society for Nature Conservation, OmVärlden

Do not let the corona knock out democracy!
Anna Stenvinkel, Utvecklingsmagasinet

The crisis is hitting girls hardest - we know this from previous epidemics
Mariann Eriksson, Alexandra Pärnebjörk and Lotte Claessens

Growth is the answer to the climate question
Adam Cwejman, Göteborgsposten

Let the corona crisis be the end of the oil economy
Isadora Wronski, Aftonbladet Debatt