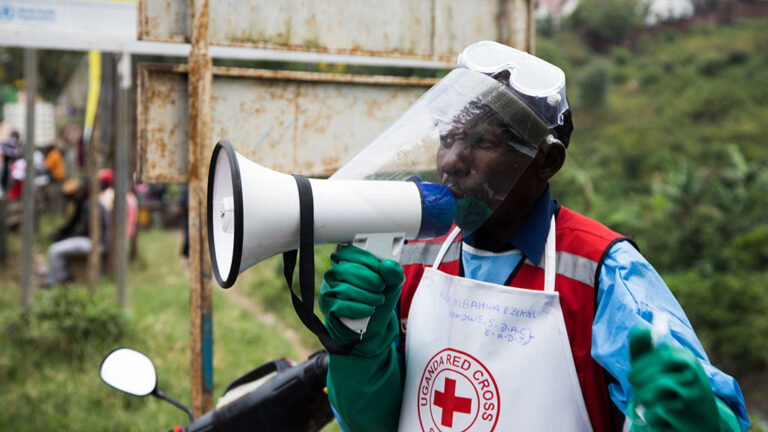 The aid organization Oxfam warned this week that the pandemic could push half a billion people into poverty. Aftonbladet's editorial writer Lotta Ilona Häyrynen took note of this and warns that the virus has given world leaders an excuse to reduce humanitarian aid. She demands that world leaders instead agree on how to save the poorest countries from the crisis.

"Sweden has not said a beep. The country that was once seen as a humanitarian superpower is not going to lift a finger for the people in need, even near our own borders, "writes Lotta Ilona Häyrynen.

She is not the only one who argues for Sweden's vital role in the world during the corona crisis. Seven doctors and organization representatives write in Dagens Nyheter that those who are worst affected are those who had the worst conditions before the virus outbreak. Countries without access to clean water, soap and medicines now need support more than ever before. The same goes for regions at war and with people on the run.

"Sweden has an international reputation as a humanitarian superpower and should live up to this now when it really matters," writes, among others, Anders Nordström, Sweden's ambassador for global health, in Dagens Nyheter.

Dagens Nyheter's editorial board argues that Sweden should act through the large investment banks.

"In order for the poorer part of the world to cope with the economic pressures of the pandemic, extensive support packages from the IMF and other agencies will be required. The conditions must also be reasonable. The pandemic must not be followed by a debt crisis ", writes Dagens Nyheter's editorial staff.

Since the outbreak of the virus, the debate has paid less attention to pre-existing humanitarian disasters. Beatrice Rindevall writes in ETC about the news we should not miss. For example, how the five-year war in Yemen continues and how Saab continues to sell battle command and radar systems used in the war. In addition, Beatrice Rindevall writes about the completely inattentive evaluation of the global goals that show progress in, among other things, poverty reduction and education.

Cooperation - not nationalism must characterize the fight against the coronavirus
Helene Fritzon and Kenneth G Forslund, Göteborgs-Posten

The pandemic must not lead to a lost decade for developing countries
Editorial staff, Dagens Nyheter

The corona crisis should motivate us to a radical climate change
Stefan Edman, Gothenburg Post