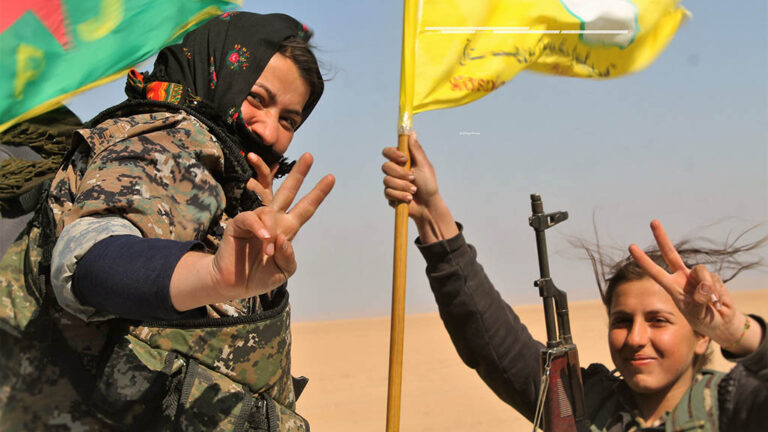 Four representatives of the Left Party are debating in Aftonbladet for the outside world and Sweden to stand up for the Kurds in northern Syria. According to the Left Party, Turkey has always wanted to fight every example of Kurdish rule. The country has indirectly supported the terrorist group IS by letting it sell oil via Turkey and letting affiliated terrorists travel through Turkey, they say.

"Now only the rapid and strong protests of the outside world can prevent this betrayal of those who sacrificed everything in the fight against IS," write the Left Party's representatives.

"We have not heard any condemnation of the Kurdish PKK and YPG when they murdered, attacked and oppressed Assyrians, Yazidis and other indigenous peoples," writes Kara Hermez.

The debate continues in Svenska Dagbladet, where Petter Nilsson from the Solidarity Association for Kurdistan points out that Sweden must immediately stop exporting weapons to Turkey. In addition, the EU must suspend all financial support to Turkey and instead provide support to northeastern Syria, he writes.

But no such decision seems to be made right now. Sweden's Minister of the Interior Mikael Damberg (S) met with Europe's other interior ministers and they all agreed to wait, so as not to make any hasty decisions in the current situation in Syria. It also means that it takes time for Sweden to try to bring home the Swedish children who are still locked up in the al-Hol camp as a result of their parents' IS terrorism. That message is criticized by Amanda Sokolnicki, editorial writer at Dagens Nyheter. She believes that it is becoming urgent to bring the children home, before they end up in the middle of a full-scale war again as a result of Turkey's invasion of Syria.

Janerik Larsson, editorial writer at Svenska Dagbladet, interprets Trump's latest tweet as meaning that it is now up to Europe, Turkey, Russia, Iran, Iraq and Syria to deal with the captured IS soldiers and the war in the area around Syria.

And Ingvar Persson, editorial writer at Aftonbladet, agrees: "According to the White House, Turkey will 'take over' responsibility for the thousands of prisoners after the fall of IS. It is difficult to see how it will go. The risk is instead that the camps end up in the middle of a war zone and that many of the terrorists who sit there escape ".

"Damberg's only promise is to leave the children in the hell camp"
Amanda Sokolnicki, Dagens Nyheter

"The Kurds are not God's gift to the Middle East"
Kara Hermez, Aftonbladet

"Goods from countries where climate damage occurs free of charge should be subject to a carbon tax"
Håkan Pihl, Sydsvenskan

"We should tax Chinese goods higher for the sake of the environment"
Mattias Lundbäck, Göteborgs-Posten

"How long will Hong Kong be able to fight headwinds?"
Jesper Bengtsson, Göteborgs-Posten

"Without a global goal of population decline, a root cause of the world's problems is silenced"
Frank Götmark, Malte Andersson, Dagens Nyheter