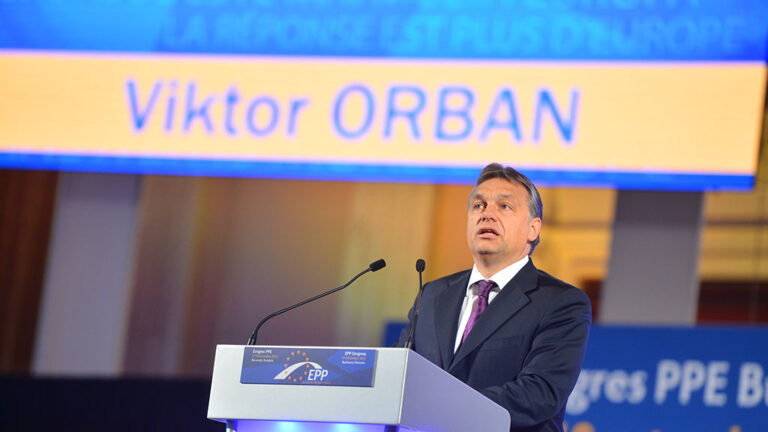 There is a recurring theme in this week's editorial and debate articles on international issues. It is Hungary's new law that gives Prime Minister Viktor Orbán the opportunity to govern by decree. Parliament no longer has any effect. I In the future, Orbán's bill does not need to be approved by Parliament.

On a number of opinion pages, leading writers and debaters call on the EU to crack down on Hungary. The Emergency Act, which is said to have been introduced with regard to the corona pandemic, entails further restrictions on an already pressured freedom of expression. All possible referendums and elections are canceled. Journalists who spread "false information" about the coronavirus risk five years in prison.

Lotta Ilona Häyrynen, lead writer in Aftonbladet, says that it is a shame that Orbán's party Fidesz has not been thrown out earlier. Now Sweden must take the lead and "make the demand on the EU: Hungary must be excluded for good", says Häyrynen.

Both the Left Party's Malin Björk and Abir Al-Sahlani from the Center Party are of the opinion that the EU must withdraw its financial support to Hungary.

"An EU country that violates fundamental rights or does not live up to the fundamental principles of the rule of law should not have access to EU funds either. The corona crisis must not be used in a way that risks permanently undermining democracy and the rule of law, ”Malin Björk reasoned.

Expressen's editor - in - chief fears that the future of the whole of the EU looks bleak if Hungary, which does not uphold the Union's fundamental principles, is allowed to remain. "The entire EU cooperation is based on the principles of democracy and the rule of law, and if these are eroded, the cooperation will hardly last," writes Expressen.

The virus paves the way for the enemies of democracy
The editorial staff, Dagens Nyheter

Do not let Hungary use the corona crisis to shatter democracy
Abir Al-Sahlani, Gothenburg Post

The EU is coughing a little while Hungary becomes a dictatorship
Lotta Ilona Häyrynen, Aftonbladet

Not a euro should go to the dictatorship's Hungary
Leader, Expressen

The despots in Hungary and Poland are following in the footsteps of the coronavirus
Gunnar Jonsson, Dagens Nyheter

Corona and the climate

"Learn from the corona pandemic and save the climate."
Ingrid Runsten, Southern Sweden