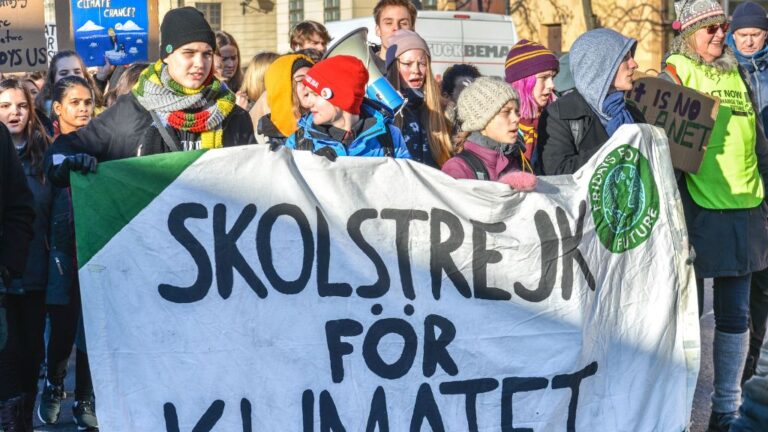 The government's climate policy has continued to be a hot topic on Swedish opinion pages. The newly formed and politically unbound Alliance for Just Climate Change (ARK), which consists of around 40 members from civil society, last week directed a call to Sweden's government and parliament to immediately begin vigorous work for a fair climate transition. The writer Jonathan Lindgren Helde also wrote directly to the Minister of Climate and Environment Romina Pourmokhtari (L) i Aftonbladet and asked if she is ready to let down her own generation.

- It is in a hurry now, say the researchers in chorus. But you seem to have time on your hands, he writes.

Jonatan Lindgren Held also raises the question of whether the climate and environment minister will take the 600 young people who sued the state seriously – a question that has been debated.

Carl Henrik Ehrenkrona writes in Svenska Dagbladet that the youth organization Aurora's lawsuit against the Swedish state may give rise to a serious democratic problem.

- Feel free to attack climate policy, but using the courts for this purpose can lead to extremely unfortunate consequences, he writes.

Anna Rogalska Hedlund, agent in the "Aurora case", however, is convinced that Swedish courts and politicians will be able to distinguish between climate policy and climate law.

- In the countries where similar processes have been successful, the courts have not claimed to lead the country's climate policy, but have only clarified the legal framework, climate jurisprudence, writes hon in a reply.

Ukraine is supported with arms exports

Sweden's government has recently decided that, among other things, send anti-aircraft system to Ukraine.

- The West has no choice but to give Ukraine the chance to win, writes Today's News lead writer Gunnar Jonsson.

The debate about rearmament in both Ukraine and the West continues to be large, partly because Ukraine can defend itself against Putin's war, partly because other European countries need to expand their own arsenals to replace arms exports.

At the same time writes editorial writer Amanda Sokolnicki about the difficulties that Ukrainian refugees in Sweden face - and that they "don't even come close to covering food costs" with their daily allowance. She states that such a small income in some cases leads to prostitution, and refers to the police “Intake cod” which showed that 30 out of 38 men bought six from Ukrainian shoes.

- That weapons and money are sent to strengthen Zelenskyi is important. But the support for Ukraine is still not greater than that we watch while women - and in the worst case also children - are forced into prostitution, she writes.

Show us your plan for the climate, government

Hi Romina, are you letting your own generation down?

SD thinks climate activists do not belong in Sweden

Carl Henrik Ehrenkrona, former Councilor of the Court of Appeal and Head of Justice in the Ministry of Foreign Affairs as well as the Swedish state's representative before the European Court of Justice, Svenska Dagbladet

Climate law is not the same as politics

Right of Greta Thunberg to sue the government

The war in Ukraine: arms exports and the risk of prostitution

The West must replenish both Ukraine's and its own arsenal

​​If you support Ukraine - why are women forced into prostitution?

Amanda Rossling and Karin Sjöstrand are non-profit active in FUF's editorial board.