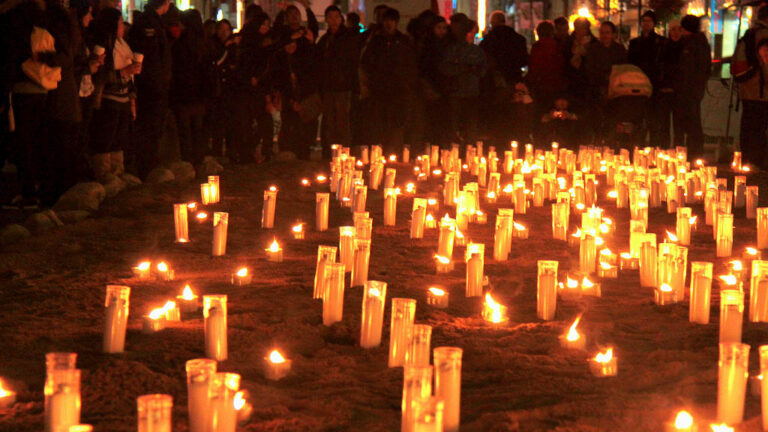 Today's manifestation of light is a way to honor the people who lost their lives in the fight for the environment.

Today, the Swedish Society for Nature Conservation organizes a light manifestation for murdered environmental activists around the world. In a new report, the organization states that threats to environmental defenders have increased in recent years.

Due to the vulnerable situation of environmental defenders around the world, the Swedish Society for Nature Conservation is organizing one today light manifestation for all environmental fighters who were murdered in 2019. The event will be held in Kungsträdgården in central Stockholm in the afternoon. The light manifestation is also organized in Mora, Ludvika, Jokkmokk and Eskilstuna. The Swedish Society for Nature Conservation urges people who are unable to attend the event to support the campaign on social media under the hashtag # Light4Defenders.

- For us, it is a way to create awareness about this global problem that has strong connections to us as well, through our investments and our own consumption. But it is also a way to honor the people who lost their lives in the fight for the environment, says Victor Åström who is the management strategist for global development issues at the Swedish Society for Nature Conservation.

The report addresses experiences from 25 environmental organizations in ten countries, including South Africa, India and Brazil. Among other things, the report highlights that the activities of organizations are criminalized, that the organizations are monitored and persecuted and that unjustified arrests affect environmentalists. As many as 164 people were measured to have been murdered in 2018 due to its environmental work. The vast majority of murders are linked to the mining industry, the agricultural sector and the forestry sector - industries where the exploitation of natural resources is central. Threats and murders are thus often about a struggle for land.

In addition, the report highlights that in many cases it is farmers who are exposed to threats. Farmers often depend on the land for their livelihood. Their struggle for the right to grow their food and remain on their land is often at odds with the large economic interests of companies and states that invest in the extraction of natural resources. The increasing demand for natural resources in combination with states 'and companies' pursuit of economic profit leads to more and more pressure on land and environmental defenders, the report concludes.

- The case study we have from the Amazon in the report shows, for example, how farmers who engage in small-scale agriculture are often forced out of their land to make room for large-scale cultivation of, among other things, soy or oil palms, says Victor Åström.

Several organizations have testified to the alarming state of civil society and democracy in the world in recent years. In 2017 and 2018 published for example Forum Syd, Women to women and Concord Sweden reports that showed that global democratic development has declined.