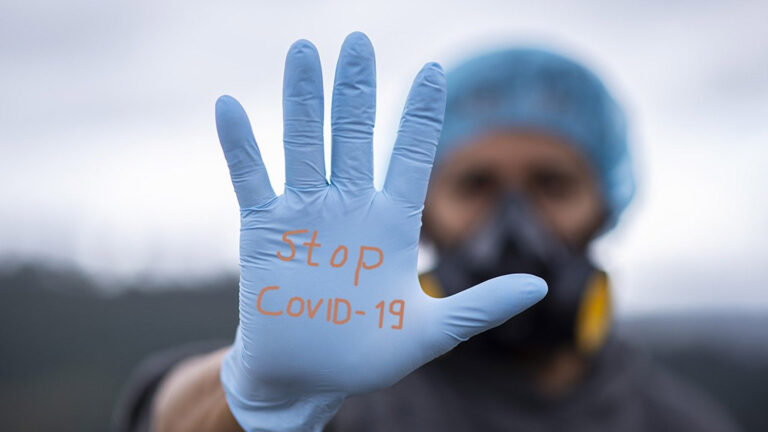 Authoritarian leaders use the corona crisis as an excuse to, among other things, restrict freedom of expression, writes Anders L Pettersson.

Repressive regimes around the world see covid-19 as a free card for persecuting and imprisoning human rights defenders. At the same time, the outside world is distracted by the pandemic. Now we must defend democracy by supporting civil society and human rights defenders - not least in authoritarian states, writes Anders L Pettersson on Civil Rights Defenders.

For the past 15 years, we have seen freedom in the world restricted by authoritarian leaders, including democratically elected ones. Democracy as a form of government now finds itself threatened by populist and illiberal forces around the world.

Sometimes the transition from democracy to dictatorship has been dramatic, sudden and unequivocal, like the coup in Thailand in 2014. But in the last two decades, this process has generally taken place more quietly. Not through coups or revolutions, as has historically been the case, but often gradually and by legal and formal democratic means.

Venezuela under Chavez and Maduro, Russia under Putin, Turkey under Erdoğan and Hungary under Orbán are some of the prime examples of how authoritarian leaders have undermined the rules of democracy from within, such as referendums and constitutional changes. In all countries, the mandate of the executive branch has been strengthened and the opposition's opportunities to challenge power on fair terms have been curtailed. The position of the judiciary and independent authorities has been undermined, the freedom of the media has been restricted and critical voices in civil society have been silenced.

The measures that governments are now taking to deal with covid-19 risk strengthening and accelerating the decline of democracy. At Civil Rights Defenders, we have been following developments since the virus took hold and the pandemic broke out. We constantly receive worrying reports from the human rights defenders we work with.

Uses the crisis as an excuse

We see several examples of how repressive regimes use the ongoing crisis as an excuse to strengthen their grip on power, how they openly harass and arrest human rights defenders and opposition figures, and how they introduce state of emergency and new methods of surveillance.

In Azerbaijan, President Aliyev has accused political opponents of being fifth-columnists trying to use the pandemic to destroy the country. Aliyev has said that measures to "isolate" critics may therefore be needed. Several journalists and opposition figures have been arrested, detained and interrogated during the pandemic.

In March, a law was passed in the Hungarian parliament that gave the Orbán government almost unlimited powers indefinitely. The Emergency Act also contains provisions that can result in up to five years in prison for anyone who spreads "false information" about the pandemic. The law is now about to be repealed but has left permanent traces.

In Cambodia, dozens of citizens have been arrested for sharing "fake news" on social media, and in April the government's proposal for an exemption law was approved. These laws give the power to eavesdrop on telephones, ban organizations and shut down social media.

International law must be observed

Most national constitutions, the European Convention and the UN International Covenant on Civil and Political Rights allow for exceptions to certain human rights in an emergency. However, the restrictions must be compatible with international law and the emergency measures taken by the states must be relevant, proportionate, time-limited and non-discriminatory.

However, we fear that in several cases the exceptions may become permanent. Authoritarian leaders are no strangers to exploiting crisis situations to consolidate their own power and neutralize dissidents and critics. What we have seen in Turkey, among other places, after the failed coup in 2016.

National support is often characteristic of crises and can easily be abused to silence those who were already viewed with suspicion. Repressive regimes therefore see covid-19 as a free card for persecuting and imprisoning human rights defenders. While countries around the world are distracted by their own handling of the virus and its consequences, authoritarian states can enact laws and reforms that temporarily put democracy out of play - or, in the worst case, abolish it altogether.

It is clear that democratic institutions and constitutions are in themselves insufficient to ensure the individual freedoms and rights of the people. An active and vigilant civil society is one of the most important bodies that can seriously challenge the claims of powerful leaders. In a polarized and troubled age - where societal trust is challenged and where contradictions between people are exploited by illiberal forces to undermine democratic norms - this is particularly important.

It is therefore our responsibility to provide those who stand for democracy with the support they need to be able to demand responsibility and pursue their struggle for justice and freedom from oppression. Support for civil society and human rights defenders, especially in authoritarian states, is crucial. We cannot allow democracies to be extinguished in the shadow of the pandemic. The seriousness of the situation cannot be overemphasized. 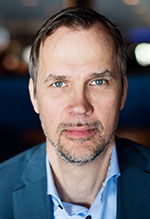