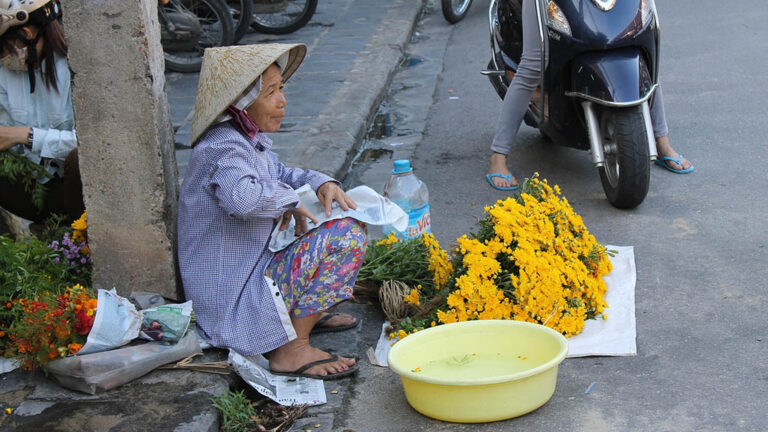 Many people's finances are directly affected by curfews and restrictions in connection with the corona pandemic. In the long run, the economies of entire countries can have major problems. Photo: Pixabay

The corona pandemic is affecting economies around the world. So far, there has been a lot of talk about the rich countries, but how will it affect the economies of more vulnerable countries? Will the corona pandemic even increase extreme poverty in the world? Hugo De Geer Wikner writes about a survey made by Sida's chief economist team.

At the end of March this year, it was clear that Sweden through Sida will donate SEK 100 million to the UN's work on the corona crisis. The money will go to address the most acute consequences in the world's low- and middle-income countries. Right now, the coronavirus seems to be spreading more and more in Latin America, Southeast Asia and not least sub-Saharan Africa.

As an intern at Sida's chief economist team, I have witnessed how the organization has made an effort to try to understand the new prevailing world situation and adapt Sweden's development assistance accordingly. At the time of writing, Sida's chief economist team is conducting a comprehensive survey of how low- and middle-income countries are exposed to the economic effects of covid-19, and to what extent this vulnerability exists among Sida's partner countries. Already now in the early stages of the work, the analysis clarifies how closely linked the world economies are to each other. It also shows that a country can face significant economic challenges as a result of the crisis - even if the virus does not spread domestically in the country.

Acute financial problems for many people

Covid-19 will first and foremost lead to human suffering and direct financial strain. This is because people are increasing their healthcare costs, their health is deteriorating and more people of working age are dying. In addition, limited freedom of movement and interruptions in, for example, childcare contribute to financial problems for many people.

The pandemic will also indirectly affect the economies of low- and middle-income countries. Travel bans and closed borders will mainly affect the transport and tourism sectors, but eventually also the broader service sector and the manufacturing industry. In the long run, it will affect the economy as a whole.

The degree to which a country is affected depends on the underlying structure of the specific economy. In countries where a significant part of the labor force is based on small-scale agriculture, the spread of infection is said to have a mild effect on the economy as a whole, but catastrophic consequences for affected families.

Countries with large manufacturing industries will be sensitive to the fact that it will be more difficult to import and export different goods. In addition, many poor countries are dependent on financial flows, such as the money that migrant workers in other countries send home to their relatives.

Countries with high dependence find it most difficult

How sensitive different countries are to changes in, for example, cash flows, export trade and tourism depends on how large a share they make up of a country's GDP, where the flows come from and which countries will be hardest hit by the virus. Many households that depend on their relatives to send money home may be more sensitive to the economic consequences in the countries where the relatives live, rather than in the domestic economy. A clear example is Lesotho, where up to one fifth of the country's income comes from family members and relatives who live and work in neighboring South Africa. Now that freedom of movement is severely restricted due to the spread of the virus in South Africa, many families and households in Lesotho are at risk of losing a significant part of their daily diet.

From a long-term perspective, there are even more economic consequences of the pandemic. When the private sector suffers losses, it will mean reduced tax revenues worldwide. Of course, this directly affects the countries' public funds, but also indirectly by other countries having poorer economies. As more and more donor countries become under financial pressure, international aid and development aid tend to decline. This primarily affects countries with far-reaching conflicts and a great need for humanitarian aid, such as Afghanistan, Yemen and Syria.

Will the extreme income poverty in the world then increase in the shadow of the corona pandemic? Today, about 10 percent of the world's population is below the internationally defined limit of extreme poverty. That means about 800 million people live on less than $ 1,9 a day. At the same time, there is a significant proportion that is just over the border. About a third of the world's population lives on between $ 1,9 and $ 5,5 a day, and is therefore at direct risk of falling into extreme poverty as a result of future economic shocks. This vulnerability is most pronounced in sub-Saharan Africa, where up to 80 percent of the total population lives on less than $ 5,5 a day.

In addition to the obvious tragedy that an increase in extreme poverty in the world entails, there are many other clouds of unrest that may follow in the wake of covid-19. Unemployment and poverty can contribute to increased violence and escalating conflicts. Canceled contracts and business collaborations can lead to reduced social trust - a cornerstone of a country's domestic economy. Finally, the need for rapid and comprehensive crisis response can reinforce the anti-democratic developments that the world has witnessed in recent years.

It is easy to paint an apocalyptic picture of how the corona crisis will affect the world's low- and middle-income countries. Therefore, it is important to remember one thing. Not all low- and middle-income countries are equally sensitive to the changes that will take place in the world's economies, and some countries do not need to be affected at all in some respects. But it is important to be prepared. This is the only way we can ensure that future support efforts can be made quickly - and in the right way at the right time.

Covid-19 highlights the sensitivity of a globalized world economy. At the same time, it is precisely the cooperation between countries that is needed to prevent further human suffering. A collaboration based on knowledge, compassion and respect.

Hugo De Geer Wikner is studying the master's program in economics at the Stockholm School of Economics and is practicing in the spring in Sida's chief economics team. 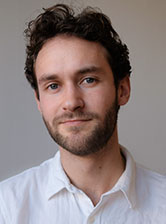