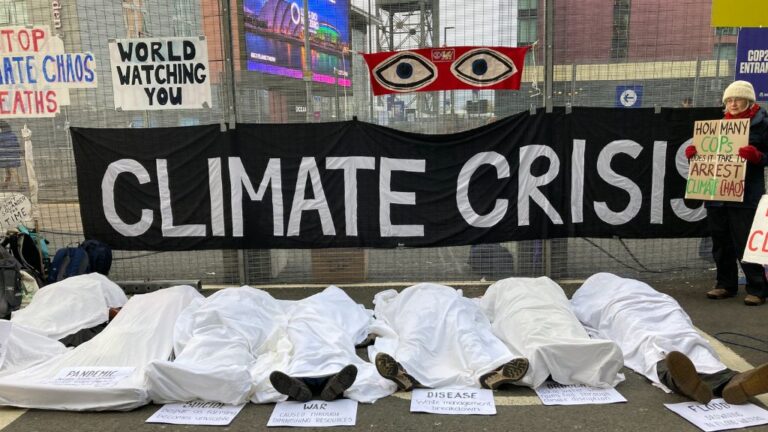 Climate change, pollution, gender-based violence, biodiversity loss, marginalisation, inequality, exclusion – they are all part of the same problem. These issues are caused by humans and us wilful ignorance at best, and at worst, our self-centered greed. How can we recreate current paradigms? How do we break out of making the same mistakes time and time again? How do we truly build back better?

For too long, the discussion which dominates the economic and social order in which we live has been driven by the ideologies of either elite individuals or groups of academics, politicians, economists, and businessmen. The time is now, for communities, both in the north and south, to decide, lead and create solutions through meaningful participation, innovation, and localized approaches to address the challenges they face, and create mechanisms of accountability.

At the end of the day, it is about us. It is about our world, and our communities. It is about how we want to live as a global and interdependent community, with equity, accountability, and balance at its core. Should we not get a true say in what our world looks like?

Starting at the top, let's highlight some of the hypocrisies and barriers to meaningful participation at international-policy level on climate-environmental questions. The calls for change need to move from a place of ideological debate and analysis, to one which provides concrete recommendations. So where better to start than highlighting the ways in which these existing mechanisms can and should improve?

Meaningful Participation at the UN

After figuring out the mysterious and untenable environment-climate related international agreements, the "ways of working" and deciphering their acronyms - what they mean and how they impact you - one needs to find a way into the conference. Yes, there is a whole host of bureaucracy before you are even allowed to step through the front door.

Influencing policy is a tricky business. For some, it has turned into literal business – for good and for bad. One of the most common ways for civil society or communities to influence policy is to engage in global conferences organized by the UN.

Meaningful participation refers to the participation of different groups – called stakeholders – who are impacted directly and indirectly by whatever action, decision or negotiation is being discussed. At the UN level, these groups are often organized in Stakeholder Engagement Mechanisms (SEM's) and other stakeholder forums. These "mechanisms" or processes are used by the UN during international conferences and throughout the year as a way of ensuring community voices are included in frameworks and decisions that impact them relating to the UN conventions, agreements, frameworks and decisions, such as the Paris Agreement or Sendai Framework. But to be part of these forums, you need to have accreditation and acceptance to even be able to sit at the table and give your thoughts. Further, there are question-marks around how impactful these processes even are, how seriously they are taken and what real difference they make to the final result, agreement outcomes or policy implementation.

What does this mean for COP27?

From the 6th until the 18th of November, COP27 (the 27th Conference of Parties) for the members of the UN's climate convention UNFCCC, will be held in Sharm El Sheik, Egypt. Every COP since 2015 has been dedicated to making the Paris Agreement a reality. But the lack of proper detail and international agreement on how to make this happen has meant that not much progress has been made and keeping warming below 1.5 degrees is becoming more unrealistic by the day.

There have been reports that the Egyptian COP Presidency has been quite unaccommodating for grassroots community members to attend COP, in addition to ramping up prices for hotels, venue hire and so forth. There have also been reports of badge distribution being done in a heavily bureaucratic and excluding way, which has resulted in many people from poorer nations being unable to secure entry to the COP venue.

Earlier this year, Stockholm was host to Stockholm+50. Fifty years ago, in 1972, Stockholm hosted a historic conference in which UNEP was formed, and the global community came together to acknowledge environmental degradation and climate change. The Stockholm+50 conference had the aim of highlighting, and pushing for, the need for accelerated climate action, in the lead up to the COP27. While the hopes were of a celebratory conference, there was more anger and bereavement at the 5 decades of inaction since the first conference. Representation and meaningful participation were worryingly exclusive at S+50. Starting with the heavily bureaucratic and weirdly complex registration process. Reports highlighted that many native peoples were unable to register or enter the venue, and the same seems to be happening with COP27, but on a much larger scale.

Future COPs, climate conferences and UN conferences in general must address the gap between policy and people on the ground. They run the risk of being irrelevant, and ungrounded in the reality on the ground without having the voices who are experiencing, and at the forefront, of climate change. There is a worrying trend of increasing private sector engagement at these conferences, and a reduction in grassroots, community voices. History has already shown us the dangers of such an approach.

We talk about meaningful participation, but what about equitable access to participation? Where are the missing voices? And how do we make these types of international conferences less elitist? In all honesty, I think we have a very long way to go. In an attempt to instigate a conversation around this, below are some starting recommendations on how to improve the current state of international climate diplomacy.

While it may be more complicated to include more voices and perspectives. While it may be more cumbersome and time consuming, it's the only way to ensure we adapt, evolve and therefore survive in a world that is facing so many complex challenges. Nature has shown us that balance and harmony are possible. By embracing complexity, recognizing our individual roles, addressing each living thing's needs, there is the possibility of creating abundance and balance. It also shows us the collapse of ecosystem systems when one group dominates, unchallenged, and how lack of diversity builds in systemic weaknesses. Let's move towards a world of balance, abundance and diversity. There are many ways of doing this, and perhaps one of them can be meaningful participation at international climate conferences.

Melanie Rideout works as Global Sustainable Innovation Manager and Climate Resilience Lead at Läkarmissionen (LM International). She has a solid background in environment and biodiversity, as well as innovation from both business and civil society. Prior to her current position, she worked as global advisor for climate and environmental justice at ForumCiv. Melanie has been a climate activist since she was 12, working on fuel poverty & anti-fracking campaigns in the UK, as well as setting up a small NGO, SolPowered, which works with renewable energy and agroforestry in Zimbabwe. 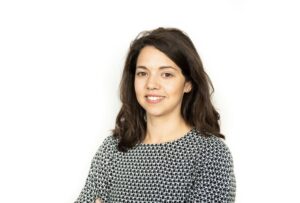