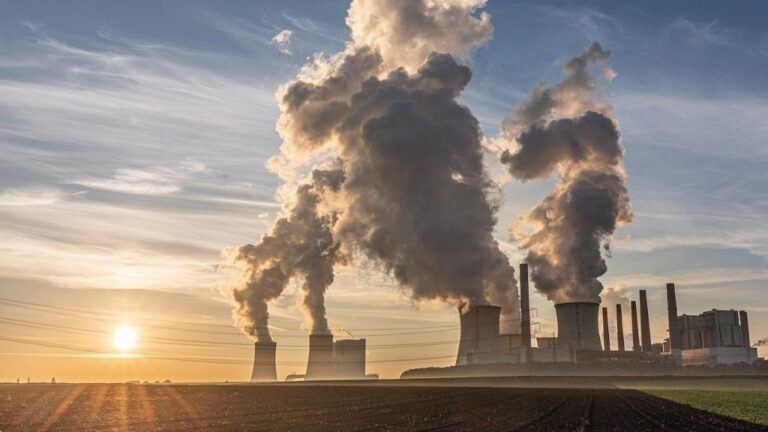 The countries' agreements during the COP26 climate conference, in particular that on coal power, have received both positive and negative reactions. Image from the Neurath coal power plant in Grevenbroich, Germany. Photo: Catazul. Source: Pixabay.

On 31 October, the 26th UN Climate Conference COP26 kicked off. According to researchers, the meeting was successful after only a few days, while climate activist Greta Thunberg called the meeting a "greenwash festival". And it was not just climate activists who were disappointed when the countries of the world decided to simply reduce coal power instead of phasing it out completely.

After a two-week meeting, a final agreement was adopted on 13 November at COP26 in Glasgow, which came to be known as "The Glasgow Climate Pact".

Just before the end of the meeting, India and China expressed a desire to change the provision from phasing out coal power to instead phase down it, which went through - despite objections from, among others, the Marshall Islands.

Alok Sharma, President of the Climate Summit, expressed his understanding of the disappointment many felt about the change from India and China. However, Alok Sharma emphasized the importance of accepting the entire agreement.

- With the climate agreement in Glasgow, we keep the 1.5-degree target alive, but its pulse is weak. It will only survive if we turn this into action - quickly, said a noticeably moved Alok Sharma.

Alok Sharma quoted at the end of the meeting Barbadian Prime Minister Mia Mottley, who at the beginning of the meeting said that two degrees is a death sentence for low-lying countries.

Maybe not reach the 1.5 degree goal

According to Björn-Ola Linnér, professor and researcher in climate policy, the meeting was successful after only a few days.

- It may not provide solutions that are in line with the 1.5-degree goal, but it is far above the expectations that existed before the meeting. But I do not think that the island states and the young climate activists will be happy with the news from the meeting, said Linnér to DN during the fourth day of the conference.

During the Fridays for Futures climate event in Glasgow, many young people spoke about the seriousness of the climate crisis. Greta Thunberg called the meeting one greenwash festival and a two-week celebration of "business as usual" and "blah blah blah".

- Are we fighting to save ourselves and the living planet or are we fighting to be able to continue as usual? Our leaders said we can have both. The hard truth is that this is not possible in practice, Greta Thunberg continued in her speech.

Ugandan activist Vanessa Nakate also spoke an attentive speech where she talked about the fact that climate change is hitting Africa very hard, despite the fact that the continent has historically only contributed to three percent of global emissions. Vanessa Nakate also claimed that the 1.5 degree goal is not enough for many societies in Africa and explains that 1.2 degrees already contributes to suffering and disaster.

In her speech, Vanessa Nakate also highlighted that activists from the most affected areas are not included in photos and conversations. An earlier example of this is when Vanessa Nakate was cut off from a picture of herself and four other climate activists.

- How can we get climate justice if people from the most affected areas are not listened to? says Vanessa Nakate in her speech.

In June 2022, Sweden and Kenya will host a UN meeting 50 years after the UN's first environmental conference. The meeting goes by the name Stockholm + 50: "A healthy planet for all - our responsibility, our opportunity" and will, among other things, contribute to increasing the pace of implementation of the goals in Agenda 2030.

The next UN climate conference, (COP27),, will take place in November 2022 in Sharm El-Sheikh, Egypt.

The countries agreed on this at the COP26 climate conference

From 30 per cent of the world's GDP being covered by net zero commitments, 90 per cent of the world's GDP and over 85 per cent of global emissions are now covered by net zero commitments *. 153 countries have presented new emission targets, which cover 80 percent of the world's greenhouse gas emissions. Phasing down coal power, stopping deforestation, reducing methane emissions and speeding up the transition to electric vehicles. Record amount for adaptation financing to increase preparedness for climate crises. Developed countries will reach the $ 2023 billion climate financing target by 100 by XNUMX. They also undertook a significant increase in funding for funds such as The Least Developed Countries Fund (LDCF). * Net zero emissions mean as low emissions as possible, where what is still emitted is compensated with negative emissions or carbon footprint in other ways. In this way, the total emissions become zero. Source: klimatordlista.se