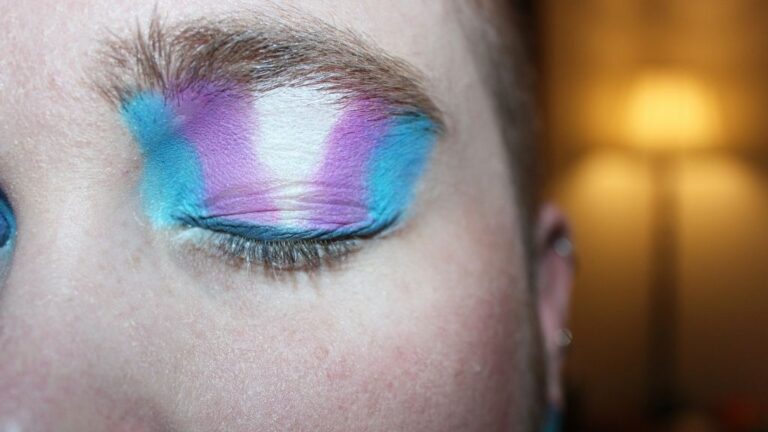 It is a human right to be able to live in accordance with one's gender identity and / or one's gender expression without discrimination, but nevertheless trans and intersex people daily violations, threats and discrimination. Transgender people are being murdered and harassed in countries around the world, while their gender identity is not recognized by many states. Intersex people encounter great ignorance about what it means to be intersex worldwide. Their right to their own body is violated through normalizing surgeries and hormone treatments without consent.

- Many trans and intersex people become human rights activists because their circumstances force them to become so. When you are violated because of your gender identity or gender expression, it is difficult to stop being an activist, which makes you more vulnerable.

Lack of funding for trans and intersex groups

Despite the fact that trans and intersex organizations carry out important development assistance work at all levels, these groups are often underfunded. Every two years, the Global Philanthrophy Project (GPP) releases a report on the financing of the LGBTQI movement in the development aid sector. The latest report shows that only 11 percent of broader LGBTQI support focused on transgender people in 2017 and 2018. For intersex people, the figure is even smaller - only 2 percent of broader LGBTQI support went to these issues during the same time period.

An increase in ambition from Swedish development assistance actors

Swedish assistance to the rights of LGBTQI people, including trans and intersex organization, has gone from barely existing fifteen years ago to today being a more priority issue. It has shifted from being a health support, mainly focused on HIV / AIDS, to being seen as a broader human rights-oriented support where the focus is on capacity building. Lina Währner, program manager specialist for gender equality and LGBTQI initiatives at Sida, believes that the reports from GPP played a role in raising awareness of the need for funding.

Through Sida and the Ministry for Foreign Affairs, the Swedish state conducts advocacy work on the rights of trans and intersex people in global contexts. Sida's partner organizations also work with global and regional advocacy work. For example, where The Swedish Federation for the rights of homosexuals, bisexuals, transgender people and queer people RFSL with and arranged Trans Advocacy Week in Geneva a few years ago, which led to increased representation of trans activists at the UN Human Rights Council. Major aid actors have an important role to play here, says Jenny Sundberg who is program manager at RFSL:

- The focus of the advocacy work is on ensuring that we use our role and position to ensure that our partner organizations and networks can participate, so that we have a broad representation of different groups. It is very much about making visible and enabling representation and active participation.

A major challenge in increasing the funding of trans- and intersex organizations is that many of these groups are smaller organizations that do not have sufficient competence to apply for and manage aid funds. Birgitta Weibahr, representative for democracy and human rights at Sida, says:

- It is much more difficult for everyone at all levels to support those who are in the most vulnerable situations, most marginalized and discriminated against, and therefore more invisible and least organized. There is no reluctance, really important to emphasize, but it can be tricky in practice.

However, this problem is something that Swedish development assistance actors try to counteract by offering capacity building and clarifying processes. In order to provide support to smaller trans and intersex groups, RFSL and the Rainbow Fund have also created Rainbow Kick-Off as a complement to more long-term support. It is a fund for less support with a greater opportunity to reach out to initiatives and organizations that are not as established. The fund looks in particular at trans and intersex groups.

Although the challenges are great for the trans and intersex organizations, which work in headwinds when human rights and democracy are declining in many parts of the world, the development has gone in the right direction, Birgitta Weibahr claims:

- We see that LGBTQI people and their struggle have moved the positions forward a lot, and the organization and advocacy work has improved, there is a very big difference compared to ten years ago.