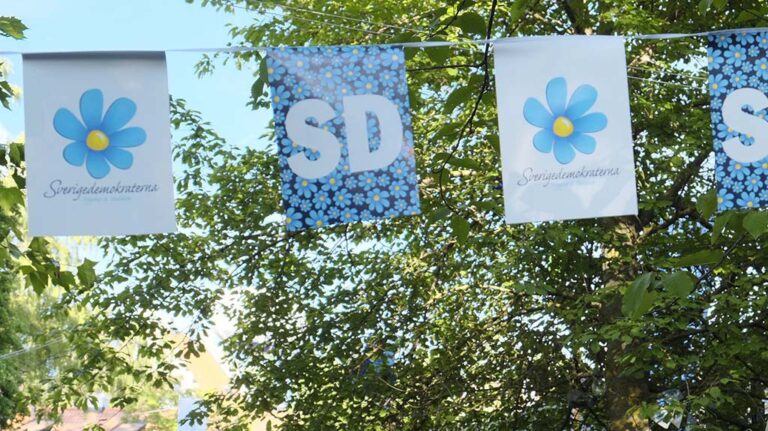 Contributing to development, poverty reduction and working for human rights is deeply rooted in Sweden and it is something we should be proud of.

Although the media coverage is not as intense over the refugee crisis as in 2015, there are still several crises going on around the world. Extensive violations and increased violence in Myanmar's state of Rakhine have forced hundreds of thousands of Rohingya to flee to Bangladesh. There they live in miserable conditions and still lack sufficient resources. In South Sudan, which is one of the world's poorest countries, Africa's biggest refugee crisis is taking place. Yemen is experiencing one of the world's largest, most acute and perhaps most forgotten crises. In Syria, more than half the population has been forced to flee inside and outside the country. Even though it has calmed down in parts of the country, large areas are in ruins and people are in need of humanitarian support. At the same time, there is also a major famine and food crisis in parts of Africa.

Therefore, in addition to the general humanitarian aid, the Sweden Democrats want to invest SEK 10 billion of the aid budget in refugee aid in the immediate area of ​​various crises. As an example, this could be enough for about 300 tents, 000 million winter packages with, among other things, a stove for the winter and 1,3 million emergency packages for families through UNHCR. We could also contribute 2,7 school packages, 250 welcome to the world packages, 000 million famine packages, 600 refugee packages for children, 000 packages with fluid replacement and as many packages of nut cream through UNICEF. In addition to this, we would invest 1,2 billion in long-term refugee assistance for, among other things, infrastructure and education for adults.

In conflicts and other crises such as drought and famine, children are hit very hard. A small child's development can be permanently damaged by starvation and every effort can both save the child's life and contribute to a normal development. Here, the Sweden Democrats want to be involved and make a difference for the most vulnerable children. Through the Sweden Democrats' development aid policy, we could help many more refugees and starving children than the current government does, while we can pursue a responsible and sustainable migration policy in Sweden and restore welfare.

Another important area within development assistance for the Sweden Democrats is to contribute to reconstruction. For thousands of years, various minorities in Iraq - including Christians - have inhabited the Nineveh Plain in the ancient Assyrian Empire. In recent years, the number of residents in the area has decreased drastically as a result of the deteriorating security situation in Iraq and Kurdistan. When the terrorist organization Islamic State (IS) took control of the area, they displaced and murdered a large number of people, took over their assets and destroyed their houses, churches and infrastructure. Thousands of years old and invaluable cultural treasures were destroyed. IS has now been driven out of the area but large areas have been laid in ruins. Despite this, many people want to move back to their homes and try to build a life again. However, houses, churches, hospitals, schools, roads, electricity and most of the infrastructure need to be rebuilt. We therefore propose that investments in the reconstruction of the Nineveh Plain and other areas destroyed in war are something that should be given higher priority in development assistance. We also believe that development aid should be able to support voluntary return in other ways. This can, for example, be about support for starting a business, a safe schooling for children or other measures that contribute to an orderly reception during the return journey.

In long-term development assistance, we believe that it is of great importance to contribute to strengthening civil society and that development assistance should, as far as possible, go to the most vulnerable. In the least developed countries, women are often an extra vulnerable group and an obstacle to development can be a lack of water and sanitation. It is not uncommon for women to spend a large part of the day fetching water for the family, and a lack of sanitation can prevent girls from wanting to go to school. In order to create better conditions for access to food, agricultural development - which also contributes to better drought resistance - is also an important factor. Responsible use of the rainforest can also contribute to a better climate and protect several animal species. We also take very seriously the littering and destruction of the sea. International efforts must be made to address this so that the environment for both humans and animals can be saved.