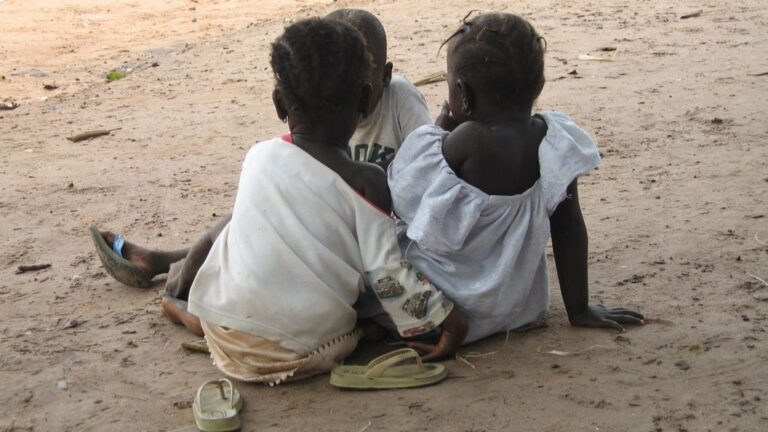 From an office in central Stockholm, Elin Axelgren and her colleagues around the world work for everyone's children's right to a safe upbringing. Axelgren is a Child Safeguarding Focal Person and coordinates SOS Children's Villages Sweden's work with the protection of children in the regions of eastern and southern Africa.

The goal is to protect children against all types of risks, like a parent's responsibility towards their child. However, working abroad has been particularly challenging due to the current pandemic and SOS Children's Villages has been forced to find new solutions.

- We have changed our way of working to place more and more work online. The pandemic has made it more difficult for the organization to support families on the ground as travel has been more difficult, while families' need for support has increased. Support has been provided digitally in cases where it has been done and we have the collaboration with local actors who are closer to the family, says Axelgren.

Concerns about the spread of infection

As the corona virus began to sweep across the world in earnest, concerns grew about an uncontrolled spread in Africa. Especially due to the already lack of resources in terms of healthcare and clean water.

- I thought "no, my God, what happens when the infection spreads across the African continent". But then we have thankfully seen that the infection has not spread the same in many parts of Africa as the forecasts feared, says Axelgren.

Many countries in Africa have been in the past praised for its handling of the pandemic through lock-downs, curfews, travel bans and school closures. But for many people and communities, this has been downright devastating.

Closed schools have not only meant that children have lost valuable education, but also exposed children to increased risks of harm. As a result of restrictions and redirected resources, development has stalled and declined in many areas. Axelgren explains that increased frustration in society often leads to increased violence against women and children, which is what we can see as a result of the pandemic in some places in Africa.

- It has clearly affected children negatively that schools have been closed because education has often been absent as online teaching has not been an available alternative everywhere. In addition, parents have been forced to choose between leaving children unattended during the day or not working, says Axelgren.

Great efforts are being made to reduce the digital gap that has become even clearer during the pandemic. Axelgren believes that these efforts mean a positive development as more children and adults will have access to the internet within the next few years.

- But then it is important that society keeps up and informs children as well as adults about the risks that exist online for children. Especially when it comes to sexual abuse, grooming, prostitution, bullying, sexual blackmail and so on.

Although the pandemic has made it difficult for SOS Children's Villages to work, Axelgren is positive about the future. After a year with more and more work online through video meetings and digital conferences, the organization sees several good results, she says. Among other things, a training event last summer managed to gather many people from all over the world to teach methods of psychosocial support, without spending any time or money on travel.

- The pandemic has really accelerated a process that has lain dormant for a long time. That is, to replace unnecessary travel with meetings online and thus save on both our and Mother Earth's finite resources.