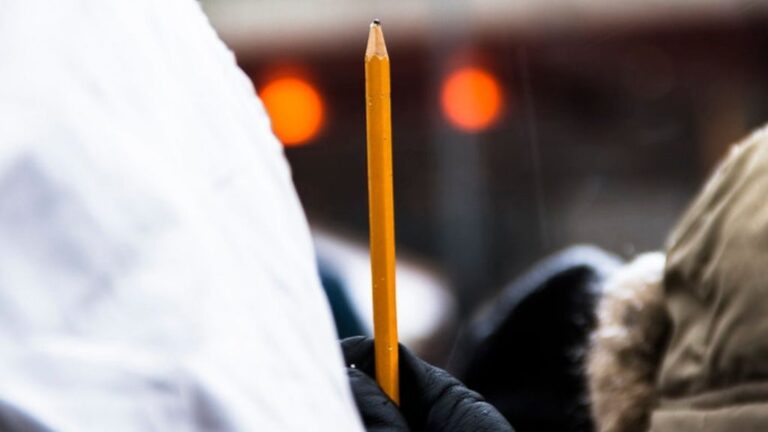 Photo: Freedom of expression and freedom of the press are the most alarming democratic challenges. Photo: Fcruse, www.flickr.com.

There is a great risk that countries will use the corona pandemic to exercise political control over citizens. That according to Olof Palme's International Center's new report.

Authoritarian tendencies have been seen around the world in recent years. During the corona pandemic, the phenomenon has also grown. In the light of developments, Olof Palme's International Center has published the report: "Warning! Freedom in danger ”.

Anna Sundström, Secretary General of Olof Palme's International Center, believes that the trend towards a more authoritarian policy is not new.

-  For more than a decade, democracy in the world has had a negative development. Today, more people live in a country that is developing in an authoritarian direction than in countries where democratic development is moving in a positive direction. The explanations are many and in our report Freedom in Danger, we try to get an overview, she says.

When it comes to the long-term democracy trends, not all analyzes are completely so pitch black. For example, shows International IDEA's Global Democracy Index a positive global democracy development up to the years 2012-2013. And even after that, according to the index, there are countries where democratic progress is being made. However, there is widespread agreement that the trend right now is negative and the pandemic seems to be reinforcing the pattern. Anna Sundström also points out that many states use the pandemic to strengthen political control over citizens.

- The pandemic obviously means that countries must impose restrictions to prevent infection. No one questions the need for restrictions. But what we are trying to draw attention to is that some states are taking the opportunity to implement restrictions and restrictions that are not aimed at reducing infection but aim to strengthen political control over the citizens, she says.

Freedom of speech and freedom of the press are threatened

Anna Sundström believes that freedom of expression and freedom of the press are the most alarming democratic challenges during the ongoing health crisis.

- For example, exceptional laws have been introduced in Japan, Thailand and Cambodia that restrict freedom of the press. In Romania, a new law has been enacted that allows authorities to censor websites, and in Serbia there are voices calling for the state to have a monopoly on informing about covid-19.

The big question is what happens on the day when the threat from the coronavirus is over. States may then be tempted to maintain the restrictions imposed to combat the infection. Such decisions can lead to major democratic problems and it is therefore important to follow developments closely.

Hard to see patterns between countries

The reasons why some countries are developing in an authoritarian direction are different. However, there are recurring explanations. One explanation is that many people perceive it as democratization and globalization are two interconnected processes that have contributed to job losses and inequality increasing. Although globalization has helped lift millions of people out of poverty, many therefore feel that they have been negatively affected by globalization, which has become a breeding ground for conservative and nationalist currents that sometimes take authoritarian expressions.

Counterforces need to be strengthened

The authoritarian tendencies in the world today reinforce each other. As countries take steps towards a more authoritarian policy, the legitimacy of other countries to follow increases. Anna Sundström believes that the opposing forces need to be strengthened.

Progressive movements such as youth organizations, women's organizations and trade unions fighting for democratic freedoms and rights need to be strengthened. Democracy needs to be built from below - by strengthening a democratic culture - through, among other things, civil society organizations.

Democracy also needs to be strengthened on a global level. Through cooperation, we can meet the challenges we face. But development is not just a democratic problem, it threatens our survival. Reducing global warming, for example, will be difficult with authoritarian leaders who want to get out of international cooperation, close borders and put the interests of their own nation first.

Anna Sundström believes that it is not enough to emphasize the importance of standing up to this type of authoritarian leader. She believes that it is important to defend the rule of law and democratic freedoms and rights, and this should be done with other progressive, liberal countries. She therefore believes that it is extremely important to build alliances with like-minded states, but also between civil society organizations at national and international level. In addition, she sees hopeful tendencies in the countries where democracy is threatened:

- We must also remember that 2019 has been called "the year of street protests". In country after country, people protested against social injustices, lack of democracy and powerful political leaders. The protests show the will to change. It gives hope!