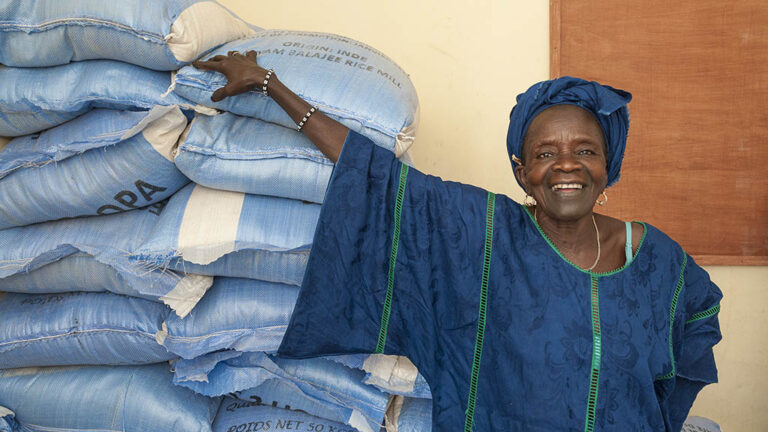 Only when we see people living in hunger as part of the solution can we eliminate hunger, writes The Hunger Project. Photo: Johannes Odé

World hunger has long decreased, but in the last four years world hunger has increased again. Reports from the UN show that every ninth person now goes to bed hungry. It is a frightening development and with ten years left until Agenda 2030 is reached - and hunger eradicated - we must shift the work, writes Silvia Ernhagen on The Hunger Project.

It is not a general shortage of food in the world that is causing hunger to increase. Globally, there is food available so there is enough for everyone. One third of all food produced on earth is thrown away every year. The increase in hunger is instead due to more conflicts, high food prices due to economic instability, poor infrastructure and not least to climate change leading to unexpected weather conditions and weather-related disasters.

Today we see examples of how climate change affects people who are already living in vulnerability and poverty. Cyclone Idai last year hit countries such as Mozambique, Malawi and Zimbabwe hard. The victims had difficulty reaching medical care and the floods caused cholera and other diseases to spread through the water. For those who are already living in hunger, this can have catastrophic consequences. The body's resilience is low and a diarrheal disease can lead to death.

The climate situation is exacerbated by threats to biodiversity, which has been highlighted by the UN Scientific Panel on Biodiversity (IPBES). Over three quarters of all cultivated food crops depend on pollinating insects. Many of these pollinating insect species have become extinct and the situation can quickly worsen.

It is people in poverty who are hardest hit by this - especially those who live in rural areas and are dependent on functioning ecosystems to survive. In order to remedy the situation, greater investments are needed in climate assistance aimed at small farmers, where people's own experiences of agriculture and food management are utilized.

Hunger can be eliminated

We at The Hunger Project have experience of how to actually reduce hunger. The results of our programs show that fewer people went hungry in 2019 than last year, more had access to clean drinking water and more children went to school. The programs focus on strengthening the conditions of local communities and making women actors in change in their communities. Women are strengthened to become decision-makers, entrepreneurs on equal terms and to take a place among society's leaders. When they get these opportunities, they take their families out of hunger and poverty by spending the money they earn on nutritious food for the family and investing in schooling and care for their children. The basis of our work is to mobilize communities to drive their own development. The activities, the solutions and the ownership are always the people's own.

Our programs have a holistic perspective for building the whole foundation of a society. It is about education, about creating opportunities for entrepreneurship and small businesses, about improved infrastructure and strong relationships with local decision-makers and not least about working for sustainable cultivation and biodiversity.

Breastfeeding and organic farming are important

Hunger has many dimensions and nutrition is one of them. To promote good health in young children and mothers, The Hunger Project is working on the initiative 1000-days nutrition which focuses on the importance of breastfeeding young children and proper nutrition for mothers from the day they become pregnant.

From a pregnancy until the child's 2nd birthday, nutritional intake is absolutely crucial for the child's opportunities to grow, develop and be able to leave poverty behind. Children who are exclusively breastfed are more likely to survive the first critical months of life and they become less susceptible to infections and diseases later in life. Breastfeeding is also a resource that is available to most women and also reduces the financial burden for mothers. The work with goal 3, good health and well-being, is progressing partly due to grassroots campaigns that promote breastfeeding.

Nutrition is also closely linked to agriculture and soils that withstand climate change. In Uganda, The Hunger Project runs a program where small farmers switch to cultivation completely chemical-free and agro-ecologically, and there we now see a positive impact both on the user's health and on biodiversity. When more crops are grown and the chemicals disappear, the arable land becomes better, insects re-establish themselves in the landscape and the people who use the land can eventually produce and store a surplus. We also see that health improves, partly due to the disappearance of the chemicals, partly due to a more varied diet consisting of more crops.

We must work broadly

The importance of eating a varied diet from a nutritional perspective is central to the elimination of hunger, but it is also a principle from which a market must be built. There is a need for long-term sustainable investments in infrastructure and agriculture, investments in new cleaner technologies and climate-promoting activities. Governments must invest in development and social security systems for the most vulnerable. In the long run, this will increase their purchasing power and create increased demand, more jobs and strengthened local economies.

Likewise, aid must be used for what is the idea - to eradicate poverty. Unfortunately, we are seeing a change in many countries' aid ambitions, where funds are conditional on efforts to stop migration instead of going to poverty reduction. More than ever, we need an aid policy based on the countries' own needs. Sweden must continue to be a pioneering country and a strong voice for this, not least within the EU.

There is clearly a lot left to do in the work of reaching goal 2 and eradicating all hunger in the world, at different levels and in different areas. We want to see greater investments in climate assistance aimed at small farmers, an aid that keeps gender equality work high and that increases knowledge about nutritious food where people's own experiences of agriculture and food management are utilized. And most importantly: only when we see people living in hunger as part of the solution, not as the problem, can we eliminate hunger. 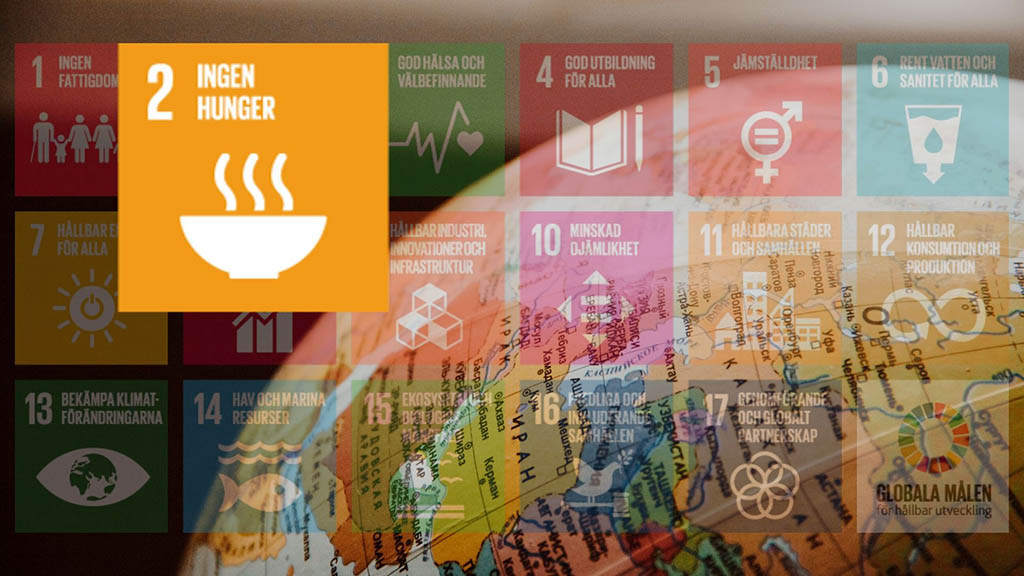 With 850 million people living in hunger, this is the leading cause of death in the world. Often the reason is not just the lack of nutritious food, but an inequality in the distribution of resources, where some on the planet live far above your needs while others are without. According to the global goals in Agenda 2030, all hunger must be eliminated by 2030.

FUF will pay extra attention to the 17 global goals in 2020 - with ten years left until the goals are to be achieved. Do you have something you want to add to the debate? Contact us at opinion@fuf.se.

Silvia Ernhagen is CEO of The Hunger Project Sweden, a non-profit organization that works to eradicate hunger and poverty. Photo: Emil Fagander 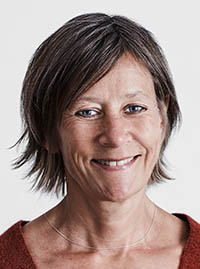