In Germany, an initiative of several non-governmental organizations (NGOs) is raising awareness of a draft law that can improve the lives of millions of people and the environment: the Supply Chain Act. But broad public recognition is still lacking.

Worldwide, the activities of German companies result in human rights violations and environmental degradation. Examples are inhumane working conditions on tea plantations in India, child labor on cocoa plantations in West Africa and dangerous working environments within the textile industry in Pakistan. Up to today, German companies cannot be held accountable for the negative impacts of their business activities. This could change if the proposed Supply Chain Law is passed.

If implemented, the draft law would set legal guidelines for German companies and ensure their accountability. Companies would then be responsible for fulfilling their environmental and social responsibilities through risk assessments, precautionary measures and complaint mechanisms. They would, for example, be obliged to ensure that the workers who sew T-shirts for them work in a safe environment with fair conditions.

There have been past attempts to introduce a mandatory supply chain law some years ago. Back then, public awareness was missing which allowed economic lobbyists, such as the employers' confederation, to put pressure on the Ministry of Economic Affairs and Energy, which finally pushed for a provisional and voluntary version of the law, thus failing to improve production conditions in countries around the world .. This shows the importance of public awareness and activism. Even though a demonstration often does not achieve its direct goal, activism and especially demonstrations, have the power to shape the discussion that takes place. It increases the political activity of its participants and therefore changes their voting behavior or political ideologies.

Several demonstrations and information campaigns have recently been organized in order to increase public awareness of the Supply Chain Law Initiative. Despite these efforts, the topic has not yet reached the wide public attention. This may have to do with the complex nature of the law and the challenges associated with its implementation. Recently, however, the Minister of Labor and Social Affairs and the Minister of Economic Cooperation and Development announced that they would work together to put the issue at the top of the political agenda, which indicates that the initiative is starting to bear fruit.

Nonetheless, as the implementation of the law will have several positive environmental and social impacts, even more political leaders need to join the initiative. It is important not to allow economic organizations, such as the employers' confederation in Germany, to influence the decision on whether the law is voluntary or legally binding.

Kathrin Hegger studies Environmental Studies and Sustainability Sciences in Lund and has a background in International Relations. She is especially interested in the environmental and social impacts of international trade activities. 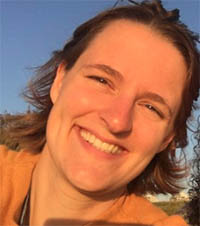