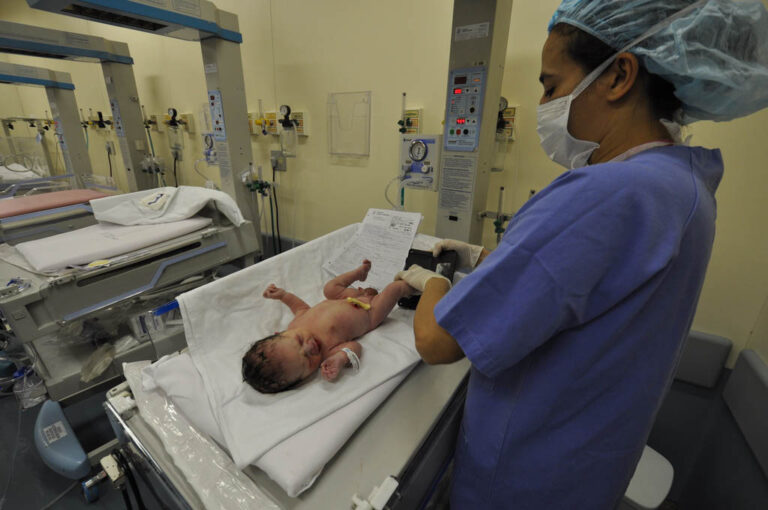 The right to children and surrogacy is a controversial issue. Photo: Leonardo Aguiar, Flickr

Many Swedes suffer from involuntary infertility. A state investigation from 2016 examined the possibility of childless people having children by other means, including through altruistic or commercial surrogacy. The first involves a woman carrying and giving birth to a child on behalf of someone else without compensation, the second involves financial compensation. The investigators determined that all forms of surrogacy are ethically indefensible and should therefore be banned in healthcare. The risk of women being exploited or pressured to carry someone else's children for money can never be ruled out. In addition, it was considered contrary to the international principle that people may not be used as commodities. Swedish couples therefore apply abroad to countries that allow commercial surrogacy. In 2016, the United States and India were the most common destinations, but also to a large extent Ukraine, Russia and Thailand.

Conscious choices or exploitation
Surrogacy is a controversial issue that has been hotly debated. Advocates for commercial surrogacy say that women themselves must be allowed to choose and decide over their bodies. A surrogate arrangement should be considered as a trade agreement which, once regulated, creates profits for all parties. Childless couples receive help to have children and in return the surrogate mother receives a financial gain, but also the joy of helping others. According to opponents, it is a simplified picture that in reality looks different. All forms of surrogate arrangements, critics say, can be a form of trafficking in women and children and are therefore a violation of women's human rights. Many times, the surrogate mothers are from low- and middle-income countries and the couple from high-income countries, which is meant to show an unequal power relationship from a global perspective. An image that is supported by the fact that these women are usually at the bottom of the profit chain in the billion-dollar industry. States that prohibit surrogacy, but at the same time allow childless couples to go abroad, are considered to protect women in their own country at the expense of surrogate mothers abroad. Advocates, on the other hand, warn of the consequences of a total ban in Sweden. The risk is that a total ban in the long run contributes to an illegal market abroad which further increases the vulnerability of surrogate mothers.

Growing industry is facing resistance
After several high-profile scandals, the commercial industry has been met with increasing resistance. States that have previously been popular destination destinations, including Thailand and India, have introduced several restrictions and bans on foreign ordering couples. The purpose is stated to be to protect women who are considered attracted to becoming surrogate mothers for the longing for children of rich foreign couples. In Europe, Italy, France and Germany have already introduced total bans. The European Parliament also draws attention in a resolution from 2011 to the fact that women and children risk being turned into commodities in the international reproduction market. In a statement from Deputy Minister of Justice Heléne Fritzon (S), a continued no was announced earlier this year for surrogacy in Sweden by the government. A development that Sweden's Women's Lobby welcomes and believes that the government must now follow all the way through a total ban also abroad.