I understand that it is important for donors, taxpayers and other funders of aid and development projects to be able to see a measurable difference in the money spent. Despite this, it can sometimes be difficult to quantitatively measure all types of change. Social aspects such as increased self-confidence, mental support or new friends may not always come to the fore when the focus is on aid contributing to economic development. Don't get me wrong - I also think it's important that money in development projects results in an improved financial situation for societies and individuals - but that's not to say that other aspects are also important to focus on.

I noticed this clearly during my recent trip to Arkhala, a village in the Nepalese mountains where I accompanied my IM colleague Sadiksha who conducted a study focusing on women's empowerment. During our days in the mountains, we met several groups and I got the chance to interview a number of women who all testified to positive aspects of being part of the agricultural groups that MADE-Nepal together with IM started up in the area. Husband Kumari Nepali and Devi Chidi were two of these women.

- I have always wanted to be part of a group and after becoming a member of this group, I have gained both self-confidence and new friends, says farmer Man Kumari Nepali.

Since the group's inception two years ago, Man Kumari has been a member of Milan Mahila - an agricultural group of 19 women farmers. Man Kumari tells how she, through the group, not only increased her knowledge and learned to grow onions and ginger. The group has also meant a lot to Man Kumari's social life. During the monthly meetings, she can share personal problems with the other members and she says that the group is a good mental support. As a mother of three sons and a daughter, Man Kumari wishes to give her daughter as good conditions as her sons. Therefore, she hopes that, through the group, she will be able to learn important knowledge that she can share with her daughter so that in the future she does not have to be dependent on a man for her support.

Devi Chidi, another farmer I met during my days in Arkhala, shares Man Kumari's desire for his daughter's future.

- I do not want my daughters to have to endure the same problems as I have done. I want them to be independent. That is why I prioritize their education, says Devi Chidi, who is vice chairman of one of the agricultural groups.

Devi herself was never given the opportunity to educate herself, but she is now determined to give her two daughters a better start in life. Devi's older daughter studied up to the tenth grade before she became pregnant and had to finish her studies. Her youngest daughter is currently studying at the corresponding high school and Devi says that she will make sure that her daughter can go to school for as long as she wishes. The opportunity to offer her daughters to study instead of working at home is partly due to Devi's participation in the agricultural group. Through the group, Devi has learned about both animal husbandry and vegetable growing, which has meant an increased income.

Despite this, it is not only an improved financial situation that Devi raises when we talk about her participation in the group. She says that by learning new skills, she has become more confident and that her relationship with her husband has improved significantly.

- Previously, my husband did not support me when I wanted to start with goat breeding, but since I became a member of the group and gained new experiences, he is now supportive in agriculture, says Devi.

Even though these women are only two examples, they clearly show that development can take place in so many different ways and that financial development is not the only essential thing in development projects. Social and mental aspects can be just as important for people's improved living conditions. 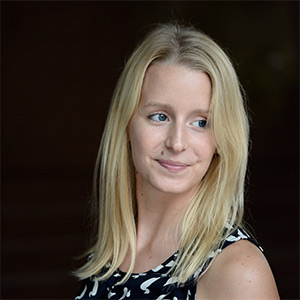