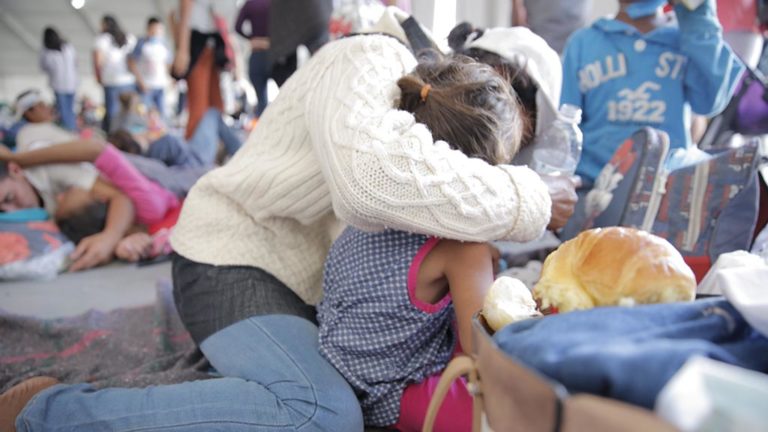 The number of participants in the latest migrant caravan on its way from Central America to the United States varies from various news sources, but it is certain that there are more than 7000 people who have fled injustice, poverty and violence in Central America. The people fleeing come mainly from the countries of the northern triangle of El Salvador, Guatemala and Honduras, and the countries are witnessing a lack of democracy with high levels of corruption and impunity. Unemployment is high and young jobseekers are largely excluded from the market.

- The migrant caravan shows that the violence and living conditions in the countries of the northern triangle are so serious that it forces the poorest and most vulnerable people away from their home countries, says Michel Andrade, specialist in legal security and human rights.

The migrants talk about "la oportunidad", the opportunity, and many in the caravans see their only way out to migrate with the hope of a better life in the north. The latest migrant caravan is moving in groups and a large part of the people arrived at the Mexican border a few weeks ago. They have since swum or rafted across the river Suchiate and then continued their journey north. The caravan consists largely of whole families, with women carrying babies and with backpacks filled with medicines and clothes.

- We know that this journey is especially difficult for our children, but what can we do? We see no future in our country. Getting to the United States is a matter of life or death. Either we survive or we die together, says Dania who migrated from San Pedro Sula, Honduras with her husband and four children, to with the BBC.

It has something to do with Donald Trump, who in the past year has focused the spotlight on Central American migrants and used false facts by describing the people as anything from criminals and manipulators, to terrorists. The president has also threatened to withdraw aid to El Salvador, Honduras and Guatemala. US aid to Honduras is equivalent for 2019 about 588 million kroner.

Trump has also recently expressed his need to protect the nation's southern border with Mexico and intends to do so with the help of 15 military personnel. This clearly shows how much the President attaches importance to migration issues and what drastic measures the President is prepared to take to stop migrants.

Safer to migrate in groups

The news rise also has to do with the fact that the latest migrant caravan has been larger than before. This is largely due to the fact that people in Central America have now opened their eyes to the benefits of migrating in groups; they can avoid several dangers and obstacles along the way. Despite this, migrants live in very harsh conditions with a lack of basic resources. Present aid organizations testify to difficulties in meeting the needs of migrants and they are also at risk of being trafficked.

"Migrating together is only a temporary solution, which also calls into question the capacity of states such as Honduras and Guatemala to uphold the rule of law and the obligations they have towards their citizens," said Michel Andrade.

The Central American states and the international community will need to have a dialogue about how the situation can be resolved in order for these people to want and be able to return to their countries. If this is not done, many risk living without papers due to US strict asylum laws, or end up in shelters around Central America and Mexico.