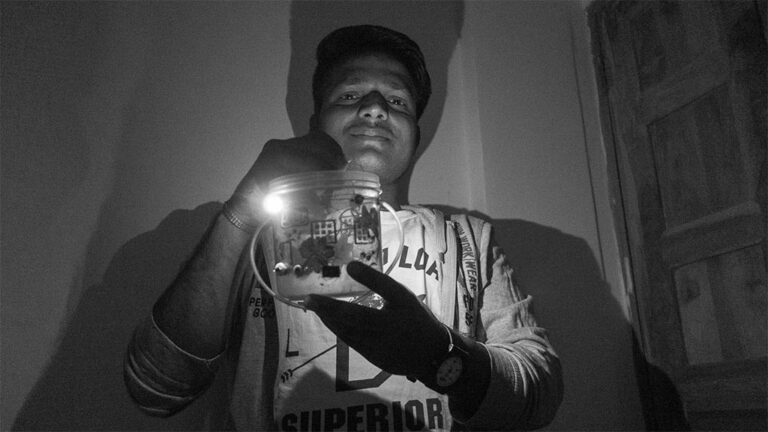 Curiosity is the trait that has taken Harish far. When he was thirteen, his family bought his first color television. Harish was fascinated by how the TV could light up the room with color, unlike the old TV where everything was black and white. As soon as the family left home, Harish took apart the TV and pulled on cables and electronics to get answers.

The TV was not the first technical gadget that Harish took apart to investigate. It was one in a line of many. He sometimes constructed new objects from broken things. As a child in a village in northern India, Harish could not believe that ten years later he would be a promising scientist who had a brilliant idea.

- I knew nothing about science but I definitely wanted to know the and why things work, says Harish.

Harish grew up in the state of Uttar Pradesh. An area known for being one of the most densely populated in the world. The economy rests on service companies and agriculture. The state also has some of the most significant Hindu sights in the world.

For the Harish family, the lack of electricity was a problem. Like most of the family's neighbors, they used kerosene to get light at home. But it polluted both the indoor air and the climate.

- I was often without light when I did my homework in the evening, because my mother used the only lamp available for cooking, says Harish.

The combination of lack of light and Harish's curiosity eventually led him to take matters into his own hands. He smashed the glass on a light bulb and examined it to understand how the light bulb worked. Without access to various components, he tried to design a new lamp.

- To understand how technology works, I knew early on that I had to open things up. Later in life, I realized that I can also look for the answers in science, says Harish.

At this time, mobile phones began to be available at an affordable price in the village. Consequently, mobile phones were also thrown away. Harish knew enough about electronics to understand that certain components on discarded gadgets could still work. From a discarded cell phone battery, he found the part he was missing for his homemade lamp. The battery generated electricity.

From such a battery he could make six lamps. The lamp could be lit for three to four hours. In an old mobile phone charger there was a two meter cord, which he connected between the battery and LEDs. A plastic jar or box was the lamp itself.

The lamp was almost entirely constructed of e-waste, and the parts he needed to buy new cost just under 35 rupees (under 10 kronor). Now Harish had enough light to study in the evenings.

- I told my friends and neighbors about the lamp and everyone quickly became interested. Soon we were a group that started collecting plastic and batteries and made lamp holders, says Harish.

The group designed lamps for six months. During the process, they discovered which batteries were best at generating long-lasting light. In the end, the whole village was enlightened by Harish's invention.

Together with his father, Harish moved to Mumbai at the age of 16. His new school in Mumbai collaborated with Srushtidnyan. Srushtidnyan is a non-profit association that works to spread climate awareness in Mumbai. The collaboration with Harish School meant that a group of students for a year participated in workshops to learn about the environment and develop their environmental thinking. After a year, Harish became a certified climate ambassador. Every now and then he did not know that this was just the beginning of his work with Srushtidnyan.

- Not until the end of the year did I hear about Harish's electrical waste lamp that he built to be able to do his homework. Every now and then we knew we wanted to work with him to develop more concrete climate-friendly solutions, says Sangeeta, project manager at Srushtidnyan.

Sangeeta invited Harish to the office so that Harish would tell the whole team about the invention. Harish told about his family home that had a shortage of electricity and how his invention had lit up the village after he figured out how they could construct the lamp with electrical waste.

- Harish changed my view of science by showing that it can be human-friendly. His research is not limited to scientific purposes but can also have a direct impact on ordinary people, says Prashant, founder of Srushtidnyan.

In India, solar energy is emphasized as one of the solutions to the country's waste and energy challenges. Harish and Srushtidnyan have now decided to spread the benefits of solar energy. At workshops, students design solar cell chargers together with Harish. Harish is optimistic about the future and believes that environmentally friendly solutions can quickly become popular if they are effective. But Harish emphasizes a challenge:

- The main problem in the future is energy storage. WE can get vehicles to run on renewable fuel and electricity, but we still need better energy storage. I'm working on creating more efficient batteries, says Harish.

Harish is currently completing his master's degree in nanoscience and technology. He has chosen to focus on solar cells and batteries. Perhaps Harish's curiosity will lead to another brilliant idea. He has already started planning his next invention.

Sofia Brännström and Isabell Carlsson study at the Nordic Folk High School Biskops-Arnö. They just returned from a five-month internship in India, through the Earth of the Future. 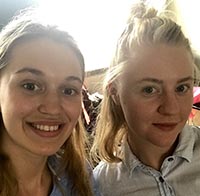