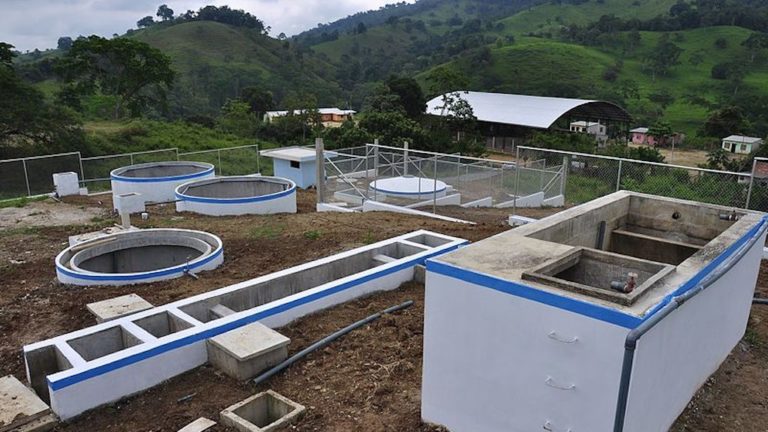 It is not enough to improve the treatment plants in Ecuador, it is necessary to create trust among the inhabitants. Photo: Flickr / MunicipioPinas

The water situation in Guayaquil, Ecuador, has greatly improved over the last 17 years. Despite this, many of the households in the city still have an old picture of their tap water, a picture that does not correspond to the current situation. Residents do not believe that tap water is drinkable, even if the responsible players in water distribution and treatment say so.

Guayaquil is Ecuador's largest city with over 3 million inhabitants. Drinking water supply has long been a problem here. Before 2001, parts of the city were without water for several hours a day, the water pressure in the pipes was poor and the water quality was low. To ensure access to potable tap water, many households in Guayaquil relied on so-called "tanqueros", tankers that sold clean water, but at a high price. Many households also used other strategies to purify the tap water themselves, for example by boiling it, adding chlorine or installing purification systems and filters for their taps in the home.

In 2001, politicians decided to privatize the water market to improve the situation. This was done by signing a concession contract with a validity period of 30 years. The contract meant that EMAPAG-EP, the public actor that had previously been responsible for water treatment and distribution, became the supervisory authority and advisor to the private consulting company Interagua. Interagua, with expert knowledge in drinking water and wastewater management, was given responsibility for purifying and distributing drinking water to households in Guayaquil. Interagua was also given responsibility for investing in infrastructure and repairing lines and connections in the distribution systems. Major improvements have been made since then: there is now a continuous flow of water in Guayaquil, tap water is drinkable and of better quality according to Interagua, water pipes have been repaired in large parts of the city and over 200 water connections have been added to increase the distribution of potable water to The suburbs of Guayaquil. Despite the improvements, the mental image of tap water remains contaminated and non-drinkable.

Residents do not trust the purification processes
In interviews with various residents of Guayaquil, they explain that they do not trust that the situation has improved as much as the responsible actors EMAPAG-EP and Interagua claim. The interviewees think that the information is incomplete and difficult to find. This means that the amount of knowledge differs greatly between households and means that people have different ideas about why tap water is still not drinkable. For example, people believe that there are animals and plants that live in the water pipes, which makes the water dangerous to drink, that chemicals from the purification processes remain in too high concentrations and that wastewater can be mixed with clean drinking water when the pipes are not reliable.

EMAPAG-EP and Interagua say they have launched campaigns to raise awareness of improvements to drinking water, but say many Guayaquil residents have grown up with the habit of treating their tap water and that it is difficult to get them to change their perception of the water situation. .

- Even though Interagua says that the water is clean and drinkable, I will continue to boil it to be one hundred percent safe, says a man in his 30s who is studying at the University of Guayaquil.

This testifies to the fact that mental images can be difficult to change even if new information is available. It also says something about how institutions and companies must work to create trust among residents and that the information they send out must be accurate and easily accessible to be useful. Although Interagua is investing in and improving the water distribution infrastructure, it is important to ensure that Guayaquil residents have access to up-to-date and accurate information so that they do not live with the notion of their polluted tap water. So, as water management in Guayaquil has changed for the better, mental images also need to change.