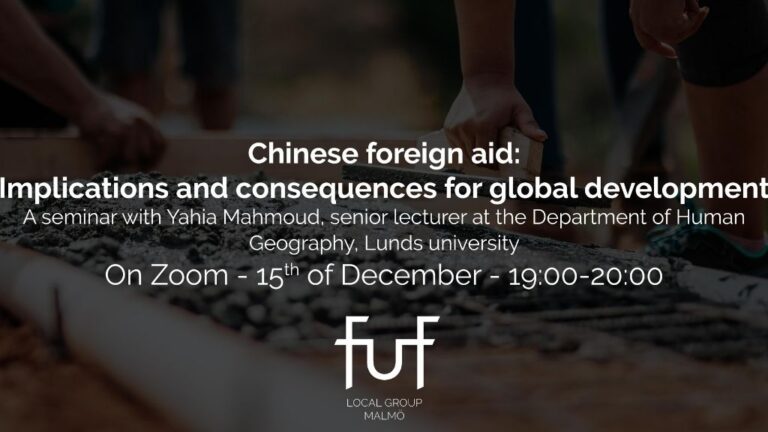 China has in the 21st century become a global political and economic superpower. Hence, it has gone from being a developing country to being one of the most active countries in the world in foreign aid and construction projects abroad. What implications does it have for the contemporary development paradigm? What role will China have […] 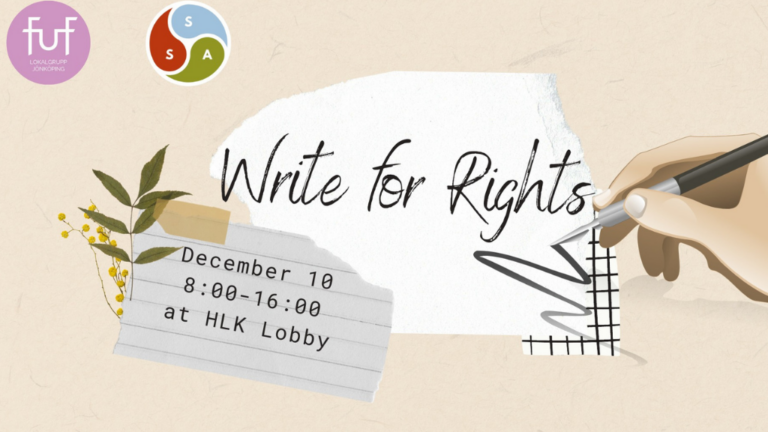 Do you want to make a real difference and contribute to positive change in our world? In many places around the world, people are being detained for who they are, what they believe in and standing up for it. FUF Jönköping, together with Students for Sustainable Action (SSA), will participate in the global initiative Write […]