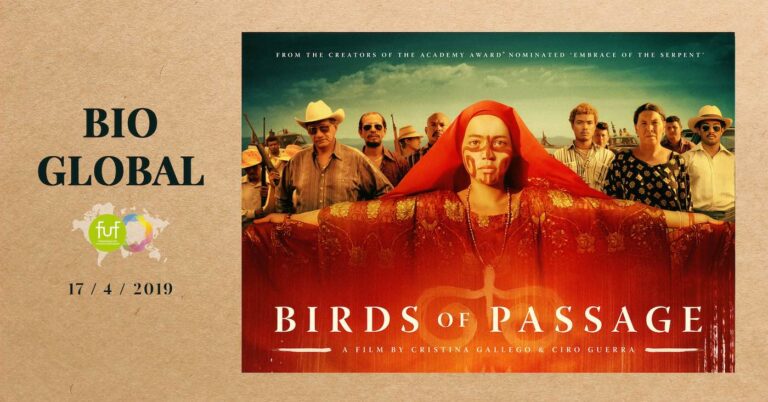 Film has the magical power to inspire, influence and increase awareness of important issues. Many feature films explore global challenges such as racism, sexism, conflict, poverty and inequality. They can help us see the world and identify us with places and problems we may not know much about.

Bio Global is a collaboration between the Association for Development Issues, the Global Portal and Bio Rio. In the spring, we preview the two thought-provoking films Kapernaum (27/2) and Birds of passage. After the films, there will be conversations where we, together with guests, turn and turn on real challenges that the world faces today.

Bio Global presents a preview of Birds of passage

Colombia in the 1970s. The hippie culture is big among American youth and interest in marijuana is growing. Local small farmers see an opportunity and quickly become international businessmen. In the Guajira Desert, an indigenous Wayuu family takes the lead in the new business and gets to taste the fruits of fast money and power. But when greed and honor merge, family feuds blow up to violent proportions.

Oscar-nominated directors Ciro Guerra and Cristina Gallego are back with a film about Colombia's drug trade. Birds of passage was widely acclaimed during the recent Cannes Film Festival and was among 9 films selected to the Oscars short list for best foreign film.

Conversation guests
Magnus Linton, journalist and author of books such as Americanos (2005) and Cocaína - a book about those who do it (2010)
Claudia Arenas, head of efficiency and quality assurance and former head of Colombia at Forum Syd

The conversation lasts for about 30 minutes.

Tickets cost only SEK 60 and purchased at Bio Rio's website.