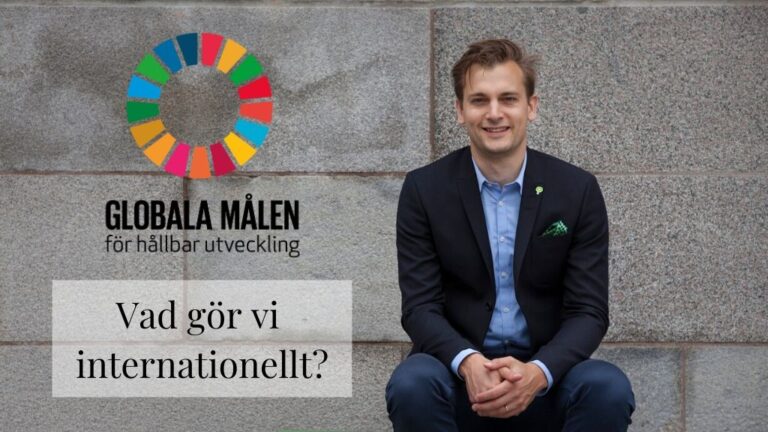 Attend a breakfast live broadcast, from your own couch, where FUF interviews and talks to Per Olsson Fridh, State Secretary to the Minister for Development Aid with responsibility for the Government's international work on Agenda 2030.

To the live broadcast »

10 years left until all hunger in the world is eliminated, until everyone has good education, good health, access to clean water and do not forget the climate! These are just some of the 17 goals in Agenda 2030 that Sweden unanimously adopted together with the UN member states in September 2015. The Swedish government has also expressed high ambitions to put on the leadership jersey, to lead by example and to contribute to implementation globally. . But how are we doing?

In the government reshuffle in 2019, the responsibility for the implementation of Agenda 2030 in Sweden was transferred to the Ministry of the Environment and Energy. In March 2019, the Agenda 2030 delegation submitted a proposal to the Government for its continued implementation, thereby completing its mandate. In February 2020, Sweden received a national coordinator for Agenda2030, but the responsibility for implementation at the international level lies with the Ministry for Foreign Affairs and specifically with the development assistance department.

So how does the Ministry of Foreign Affairs work with these issues today? Is there a clear strategy for how Sweden should conduct the dialogue within the framework of the UN and its bodies, the financial institutions, international NGOs and the EU? How does the government cooperate with its authorities, civil society organizations and the business community? How does the Ministry of Foreign Affairs work to strengthen democracy in the world and what is the interest in global issues in the midst of a world pandemic?

There are many questions and now we invite everyone to a unique digital opportunity to listen and ask questions to  Per Olsson Fridh, State Secretary to the Minister for Development Aid with responsibility for the Government's international work on Agenda 2030. Per Olsson Frid will also talk about the work of advancing the Swedish position regarding the work with the universal values ​​that Sweden prioritises both in its development aid and in its foreign policy. Interviews are conducted by Lennart Wohlgemuth (FUF) and Sofia Svarfvar (Concord Sweden).

Do you have a question you want to ask? Email matilda.andren@fuf.se no later than 12 April.

In recent years, FUF has closely followed Sweden's work to implement Agenda 2030, at home and globally. In a series of conversations, officials within the Government Offices, authorities and the Agenda 2030 delegation have been asked about who should actually do what, when and how. With only 10 years left to reach the global goals, FUF Agenda2030 pays extra attention throughout 2020. The interview is held in Swedish and is available at FUF's YouTube channel after the seminar.